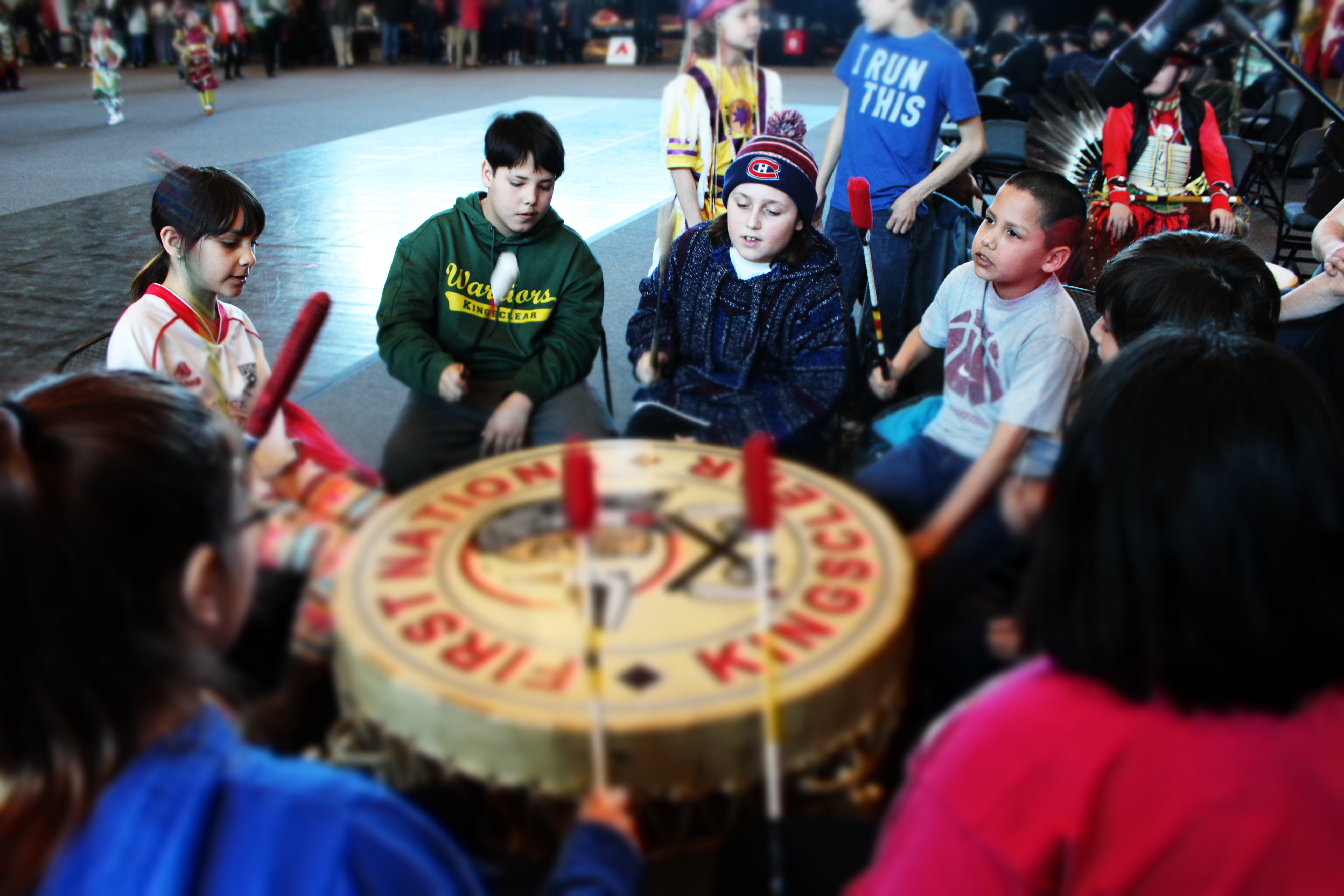 As part of the many ongoing attempts to incorporate Mi’gmaq and First Nation’s culture, the University of New Brunswick held it’s second annual Pow Wow on April 6. Natasha Martin-Mitchell, from Listuguj, was one of the committee members. “Everything worked out the way we had hoped,” she said. “We had great attendance, it looked like everyone had a great time.”

The live stream also turned out to be a hit. People from all over logged in to see the ceremonies. Others from Listuguj, like Craig Isaac, danced. 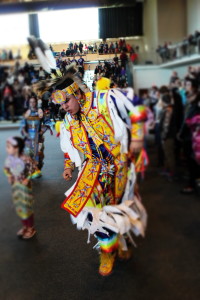 Craig Isaac is known for his spirited dances. He was one of the Listuguj Mi’gmaq to support the UNB cultural event, one of the few winter Pow Wows in the province. (Photo: Lucy Peter-Paul)

The Pow Wow, and all the other First Nation’s driven initiatives are coming out of the Mi’kmaq-Wolastoqey Centre. As the director, and former Chief of Tobique First Nation, David Perley and his wife Imelda Perley – the Elder in Residence -have been working to make the University more inclusive.

“Everything that we’re doing here is based on a vision that’s been formulated in consultation with the elders of First Nations communities, and First Nation education directors, and so on,” said David Perley.

Perley said there are three main components to what they’re trying to achieve at the university. (Read about them online in the full story on news.listuguj.ca) For the Project Coordinator of the Pow Wow, Starlit Simon of Elsipogtog First Nation, the recent changes have been “refreshing.”

“Now it’s kind of like everyone is so interested,” she said. “Everybody wants to know, they want to know more about our history, more about our culture.”

For Martin-Mitchell, these trends and the diversity of people who attended the Pow Wow is directly meeting the goal.  “That’s what we wanted,” she said. “Sharing our culture with other nations, right.”

Martin-Mitchell and her husband Brandon Mitchell — also from Listuguj — are both graduating on May 19th from the Bachelor of Integrated Studies Program, but will remain a volunteer at the MWC.

For David Perley, it’s good to be surrounded by people who support what he’s trying to do. As the Director of the Mi’kmaq-Wolastoqey Centre, he has been helping develop initiatives around the University. He says there are three main components.

“Mi’gmaq and Wolastoqey worldviews, histories, philosophies, knowledge bases, traditions, and contributions will flourish within UNB grounds. Either within the curriculum, or of course, UNB in general”

“I’m a strong believer that when our Mi’gmaq and Wolastoqey graduates leave here, they should also have a strong cultural foundation.

So having an education doesn’t mean you have to abandon your identity. What we want to do here is reinforce that identity, so that students know they have something to be proud of — that could be Mi’gmaq identity, or that could be the Wolastoqey identity. But when they leave here, they will have that strong cultural foundation. So when I see  our graduates walking across the that stage to get their diplomas and degrees, then I know that student has a strong cultural foundation. ”

“We have to ensure that our faculty members – doesn’t matter which faculty it is – they should know something about Mi’gmaq Wolastoqey histories, traditions, worldviews, contributions, and knowledge bases, and so on.

As a matter of fact, one of the initiatives that we’re now planning is cultural immersion for faculty members. So I’m hoping that sometime this late spring, or summer, we’ll have at least one week with them, and then they’ll be immersed in the culture of our ancestors.

Another one would be to ensure that they also take part in ceremonies. As I mentioned to my colleagues, I keep on saying that it’s nice to read about those ceremonies, but what’s more important is for you to take part in those ceremonies, so this way you have a deeper understanding, because when you read something, it gives you a superficial understanding of the ceremony, but if you take part then it has a whole new meaning.”

Is the Indian Act against Indians?
Scroll to top