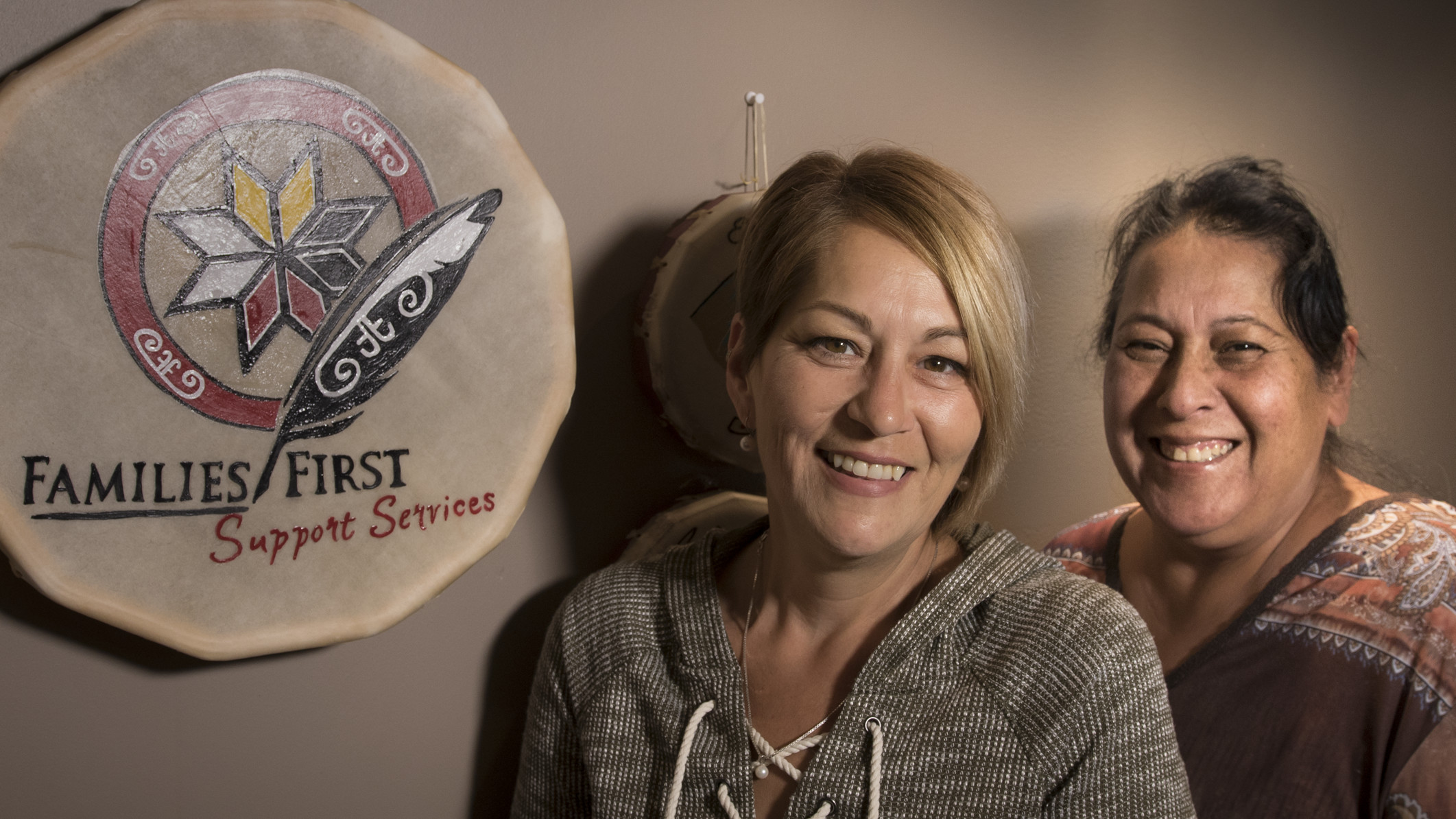 The Traditional Parenting Program offers a supportive group, without judgement, for anyone struggling with any aspect of parenting. Coordinators Tanya Barnaby and Christine Metallic try to offer tools, but ultimately, the group develops on its own. It’s been more effective than one-on-one counselling.

“Things that you would not normally see in one-to-one … you will see it in a group,” said Metallic. “I always find the group has more meaning.”

The group starts in the fall, and progress through the winter months together, every week at the same time.

“Surprisingly, interestingly, they are all committed to that  process,” said Barnaby. “And it’s a long process.”

The basic structure of a meeting is simple — opening prayer, time to check in with everyone, a topic of discussion, another discussion on how that information may relate to your life, and then a closing circle.

“As the weeks go on, we present less, and they bring up the issues and we have a discussion,”  said Metallic. “We really try hard for confidentiality and safety. Once we build that, then the shift changes where the participants end up running the group, and we’re just giving them information.”

The program started five years ago. Without entirely reinventing the wheel, Traditional Parenting used the experiences of similar groups out west, and responded to a growing need in the community.

“There was a need for helping support families in another way that was more culturally relevant,” said Barnaby.

The program changes a bit from to year to year, as they gather more feedback, and they use all the tools they can. An understanding the intergenerational impacts of trauma has often proved to be useful.

“It’s understanding our history,” said Metallic. “And allowing  families to have an understanding that — some of this stuff may not necessarily be theirs. It could be their grandparents, it could be their parents. But by taking a look at this — you don’t have any excuse why you can’t change and be a better parent.”

Barnaby and Metallic remember one woman showing up, unsure of herself, looking like “a deer in the headlights.”

Overtime, the counsellors got to know her and her true personality. The “vivacious” personality that was often stifled, and told to “calm down,”   was appreciated and accepted by the group.  She became comfortable being herself, and started trusting her abilities.

“For her to take that quality as a gift, as oppose to something that should be stifled,” said Barnaby. “For her to find that she has self-worth, that she is worthy, and that she can do stuff for herself and her son … it makes it worthwhile for us.”

Training the next round of firefighters
Scroll to top