Blog - Latest News
You are here: Home1 / Community2 / There are no closets in tipis 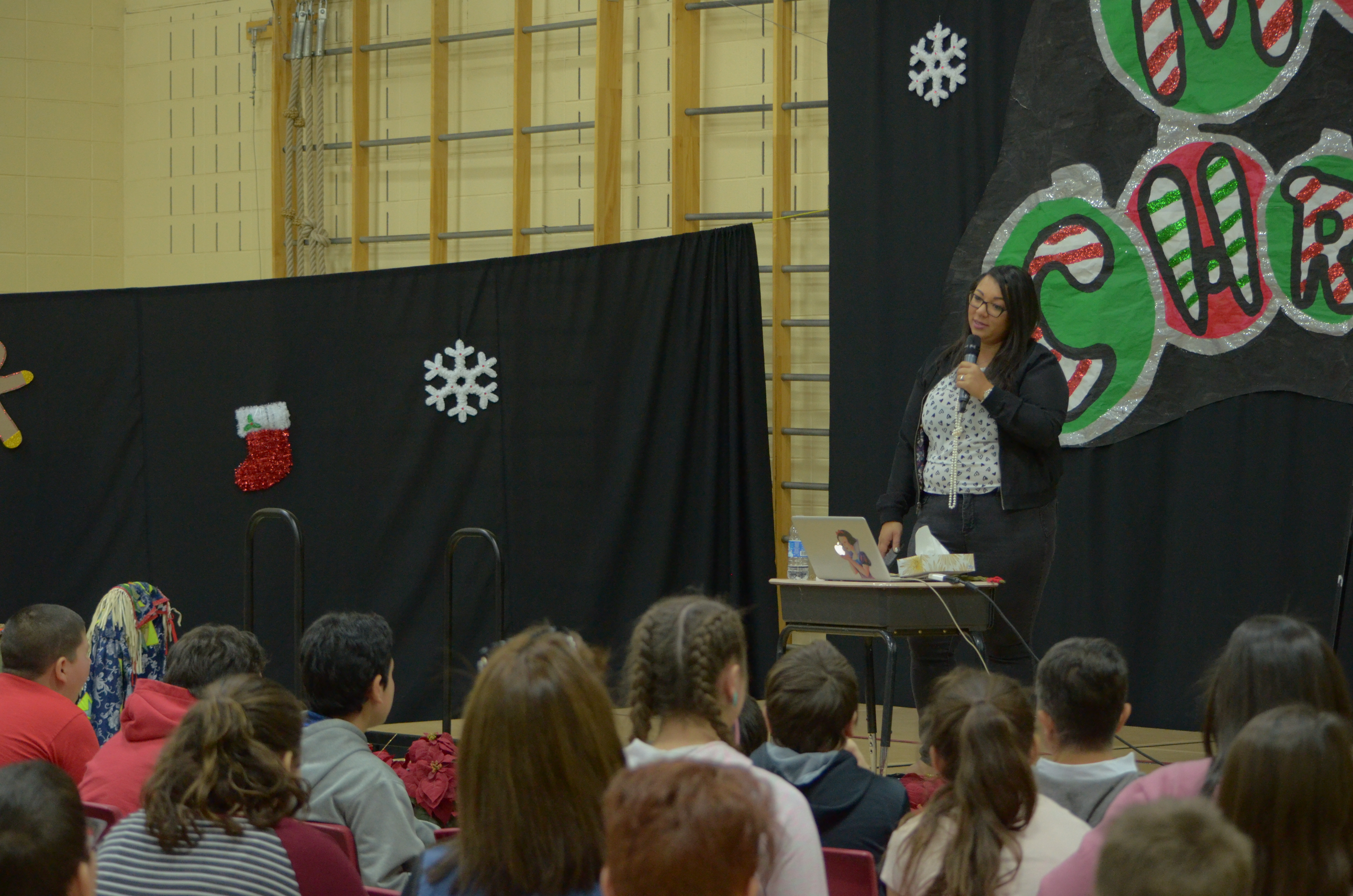 The HIV/AIDS workshops at AGS opened the door for a broader conversation about acceptance and inclusion. Gina Metallic spoke to the students about two spirit issues.

“It is recognized in our tradition, and the fact that two spirit people were always part of the community and always part of the circle,” she said later in an interview with the Nujignua’tegeg. “It was really colonization that changed … the talk about that.”

Gina spoke of the traditional understanding of LGBT two-spirit people, and the respected position they held in the communities.

Some First Nations, like the Navajo people, had eight different types of genders, she said.

“When we were colonized, we were instilled with this homosexual, heterosexual, male and female – this binary system,” she said. “In our community, we didn’t have this.”

For Gina, receiving Listuguj’s 2013 Role Model of the Year was the starting steps to bringing this this discussion forward in the community. She’s been speaking about these issues elsewhere, but this was the first time talking about it on a reserve, or for children. She was nervous.

“We have LGBT two-spirit kids in the school for sure,” she said. “We need to create a safe space to make sure that they’re not turning to self-harm behaviour because they’re told that it’s not right and that’s it’s wrong. So, you know, in order to do that, you have to put somebody at the forefront of it.”

To her surprise, Gina noticed for some of the students that were present were engaged in this discussion. “We could learn so much from our kids – if adults were to just hear them speak – they would learn so much from them” she said. “Growing up – it’s so normal and if becomes normalized it’s not a conversation we need to be having, and that’s my goal.”

While Gina says these conversations weren’t happening 10 years ago, there still a lot that needs to be done, She would like to see events like the pride parade organized in Eskasone last summer happen in Listuguj. She would like to see more discussions, film screenings, sweats, feasts, anything to make LGBT two-spirit people just simply another normal part of a community.

“It’s a very simple, easy thing. Like we’re just asking people to accept people for who they are,” she said. “The fact that we even have to explain that is a little bit crazy but we have to and it’s a process right?”

It’s a process that goes hand-in-hand with decolonization, and rethinking ideas that have been instilled over generations.

Helping a friend in need
Scroll to top