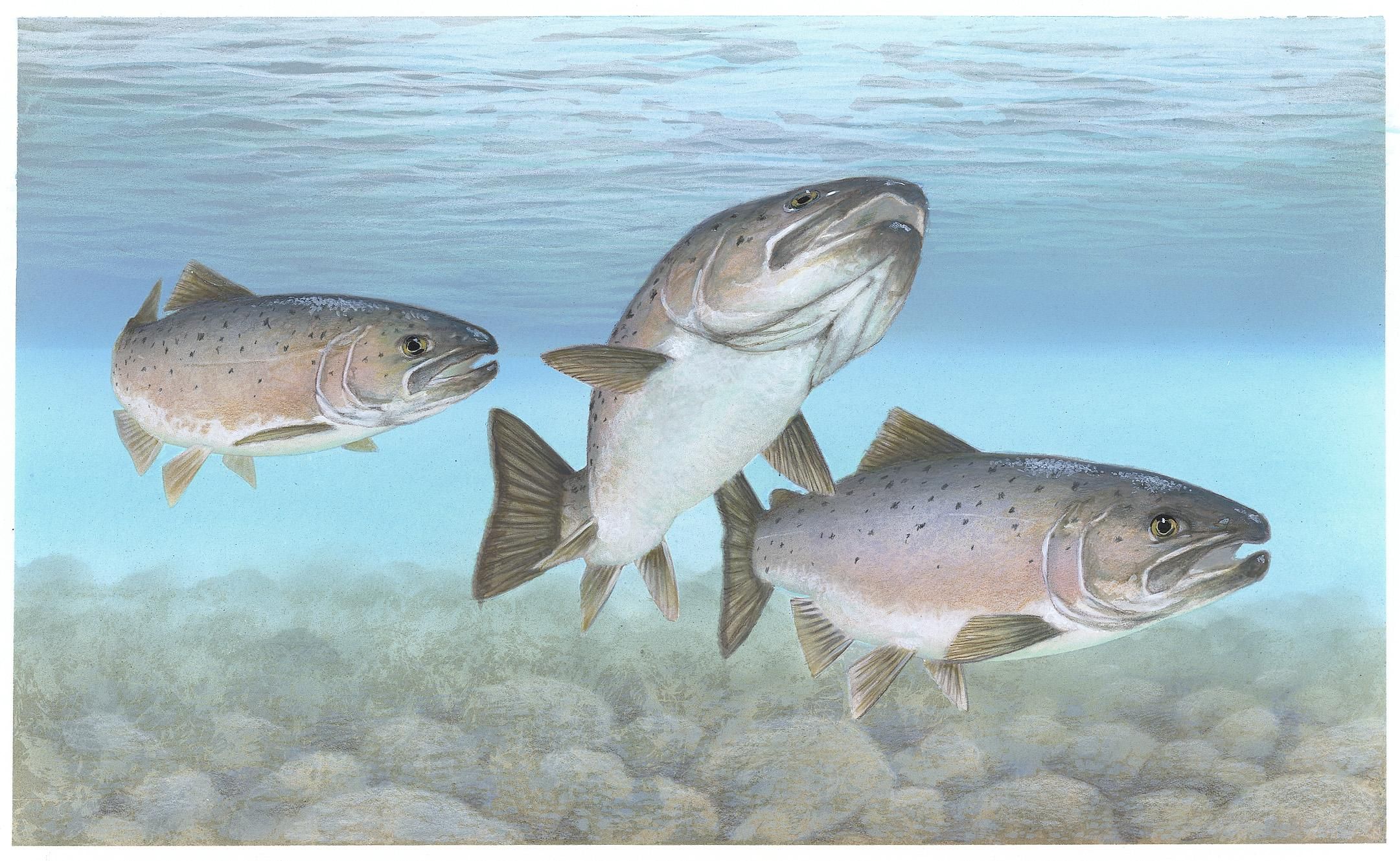 The good news is more salmon have been recorded so far this year in comparison to last.

“We can’t say it’s a good year,” said David LeBlanc, the Executive Director of the Restigouche River Watershed Management Council (RRWMC). “Last year was a really poor year. It was one of the worst in many many years.”

However, there is still some encouraging data.

Grilse are typically 98 per cent male. They are young fish that have spent one winter at sea. A good grilse run could be an indication of a good smolt run the previous year. If so, it could mean there will be a good salmon run the following year, when the predominantly female fish start returning after two winters in the ocean.

These numbers are based on two estimating methods.

“Counting Barriers” on the Causapscal River and the Northwest Upsalquitch River block fish that are moving upstream. They’re then counted before the barriers are opened and the fish are allowed to continue on. These are operated by the Department of Fisheries and Oceans with the help of the RRWMC.

Visual counts in pools with canoes and snorkels are also conducted in the middle of the season on the Matapedia River by the The Corporation de Gestion des Rivières Matapédia et Patapédia (CGRMP). Another snorkelling count will be done in all the tributaries in September, and another in October.

LeBlanc said the results of these counts are only considered minimum numbers. It is not 100 per cent accurate.

“But at least it gives us numbers to compare year after year,” he said.

A smolt wheel is also operated to get a rough count of the young fish leaving the river systems for the first time.

“The result of the spring of 2015 were much higher than previous years,” said LeBlanc. “That’s positive.”

Overall, the rough estimate is that the population seems to be about 30 per cent better than last year.

“One of the fishermen did say that they did notice some pretty decent returns this year,” said Kirt Dedam, the Aboriginal Fisheries Strategy Coordinator with Listuguj Fisheries.

Dedam said the Fisheries is just in the early stages of getting organized around the salmon file. Right now, the focus is solely on talking with the community, to determine what – if anything – it would like to do with the fish.

An end of season salmon harvesters meeting was held on August 13.

“It’s going to be a very important study for us,” Dedam said. “It’s going to help us talk about sustainability, and those types of things.”

The results of this study is entirely for Listuguj-use only.

“The raw data that comes from this is internally for us,” Dedam said. “We’re not doing it because government wants a number, or to put numbers on things. We’re doing it for the community.”

It is all to be able to talk accurately about the salmon, and understand the community’s wishes when addressing it. That’s why it’s so important to get involvement.

“I can have all the ideas, but I work in the best interest of the community always,” Dedam said. “That’s why we have to have these community meetings, to find out what people want to do.”