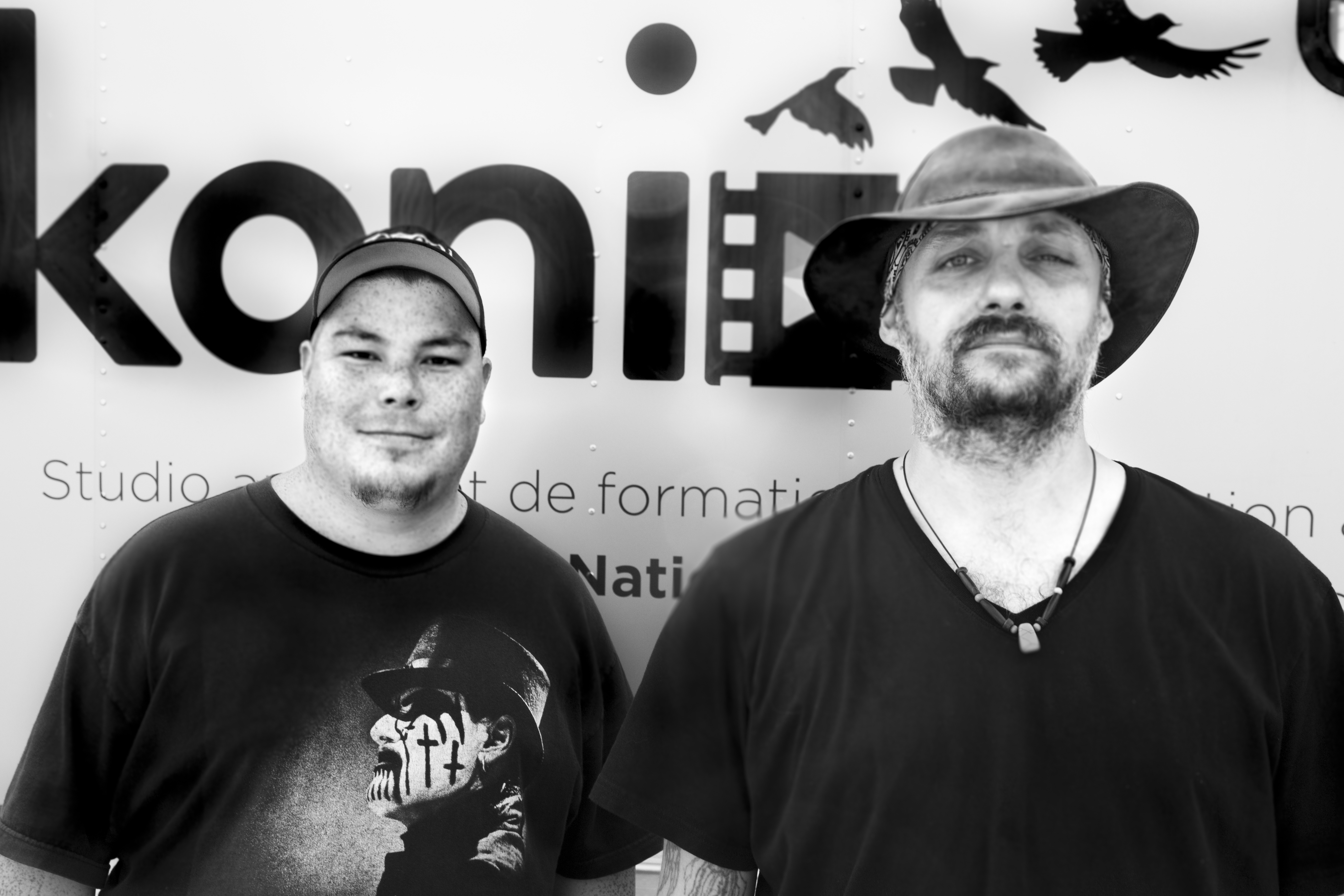 Mark Morrison and Timmy Isaac have been playing music together for 15 years. They’re making their first music video together right now, with Wapikoni. Their band is called “Riverside.”

Morrison worked on a couple Wapikoni projects last year, including a video for his own song, “Teepee’s on the Highway.” (Find a link on the online version.)

“I was really happy with [the video],” Morrison said. “It couldn’t have come out better, you know. And I have these guys to thank for a lot of it … the way they put it all together, that was the magic.”

Having been through the process before, Morrison knew what to expect. They didn’t come to the studio with a fully developed film, but they had an idea, and never everyone involved would be able to work with it.

“We had some ideas of how we wanted it,” Morrison said. “But then getting together with them and hearing their ideas, and our ideas … we’re pretty much on the same page.”

They’ve been monitoring the tides, and have only said they want it to be dark. The song is called “All or Nothing.”

Mark Morrison’s video to “Teepees on the Highway,” created with Wapikoni last year