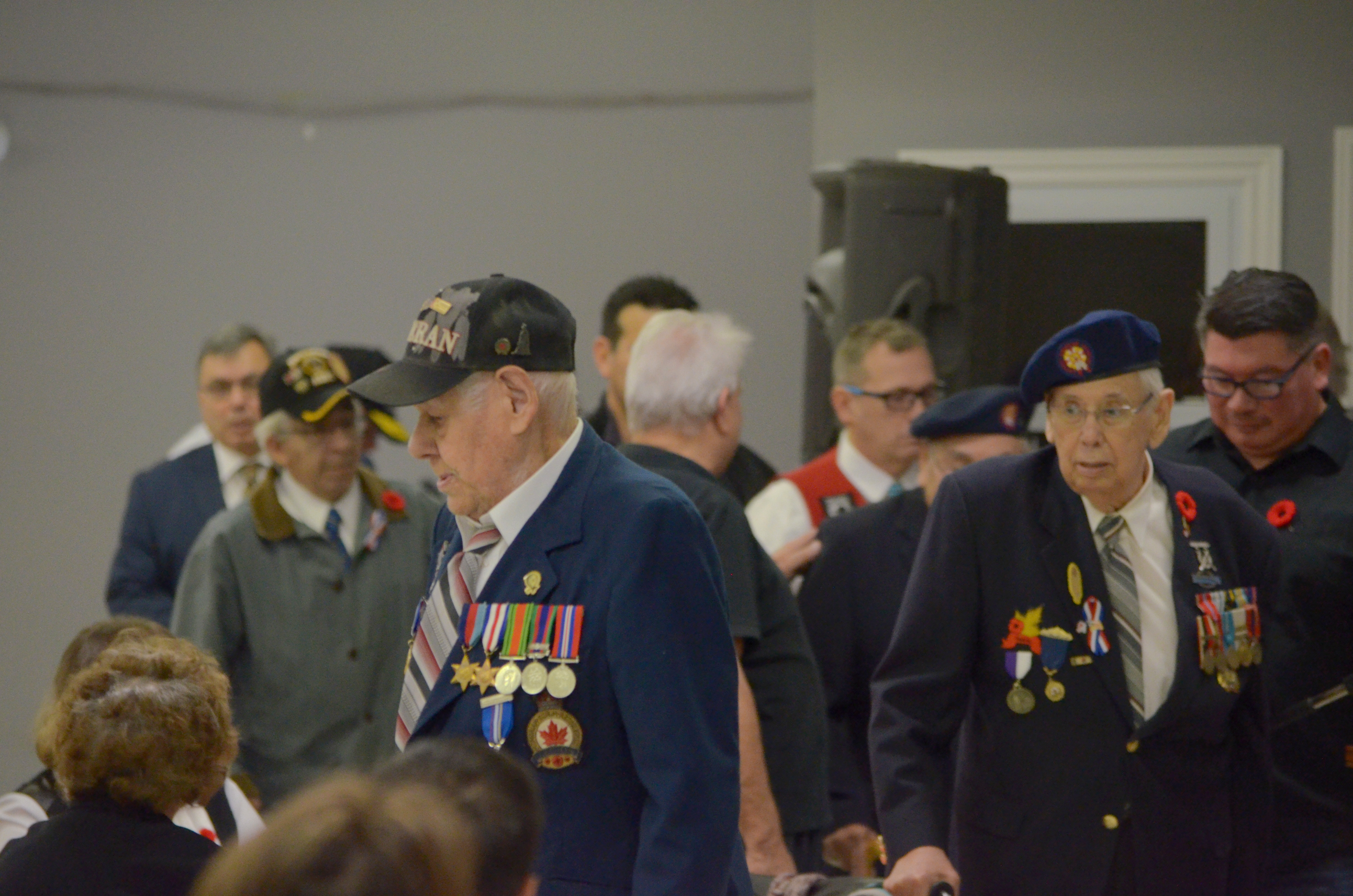 November 11th is a day to remember those who fought for our future and safety.

The Listuguj Veteran’s Committee held the Remembrance day ceremonies at the Listuguj Community Development Center this year. It started at 10:30 a.m.

Half of the (Bingo) Hall was decorated, with a long table running midway through the room to accommodate our veterans.

At the front laid the Canadian, American, Prisoners of War, Listuguj American Veterans Flags,  along with the Veteran’s Cenotaph.

Shortly after the doors opened, people started filling the seats.

“I was very amazed with the turnout,” said Mary Bradstreet, one of the organizers. “This was a larger attendance – much more than what we usually get.”

The service started with the Spirit Bear drum group, singing, while the veteran’s entered. After placing the flags alongside the cenotaph, the veterans took their seats at the table.

The ceremony opened, and Bradstreet introduced Chief Darcy Gray. He spoke of the profound impact these men had on the families, here at home.

Peter Arseneault, Chief of Police,  also spoke of the connections to family.

“There is a lot of pride – family pride – with individuals that have served in the military,” he said.

Arsenault also noted that there’s been somewhat of a revival in honoring veterans of the past, and those of today.

The Royal Canadian Legion used to hold Remembrance Day ceremonies in Listuguj. However, many veterans served in the American Armed Forces, not the Canadian. This created some issues, and the ceremonies were ultimately discontinued.

“We didn’t have that voice or presence of the veterans for a long long time,” Arsenault said.

In 2009, the Veteran’s Committee was created to change that. The first step was creating a veteran’s monument. It was unveiled at AGS, on June 21st, 2010.

The next step was establishing a permanent home for our Veterans.

“We talked about the Veterans Lodge,” Bradstreet said. “This goes all the way back to when Michael Isaac Sr. was still alive and well. That was his dream, to have a veteran’s lodge. John Melvin Vicaire, Patrick Isaac, James Isaac – they were  key, instrumental, in getting that Veteran’s Lodge.”

Remembrance Day holds a lot of meaning for many of us.

It’s important that we continue to remember, and honor, all that these men sacrificed, for the good of their families, and the community.

Christmas in Listuguj
Scroll to top