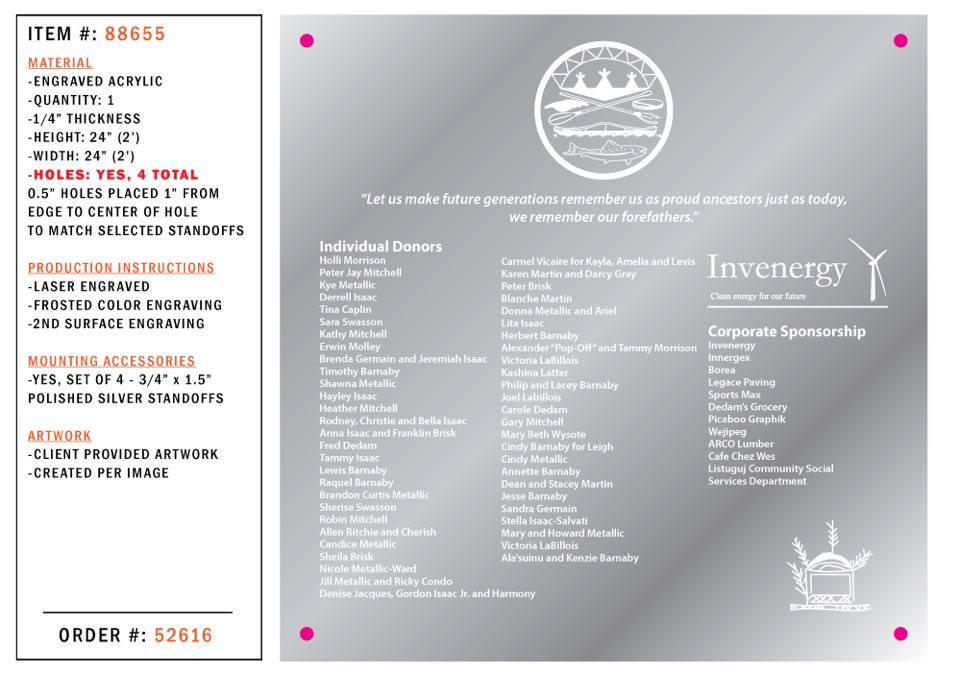 Numbers have just been released for all the expenses and plans for the $83,938.76 raised by the community, for the community playground.

The expenses are online at news.listuguj.ca. There is $12,920.28 remaining, which will be used to buy infant seats for the swings, additional park benches, and a picnic table.

The plan is to continue developing it in a family friendly way. But so far, everything that was planned was completed, before the snow fell.

“So in the spring, we’re just going to pick up where we left off and continue to develop it,” said Sheila Swasson.

In the short time before the snow, when the park was ready, kids were already using it regularly.

“One parent even told me that their kid is there every day, and he’s home with blisters on his hands from the monkey bars,” Swasson said. “It’s a good sign.”

Swasson hopes to build on the momentum generated by the community, that made the park possible. Ideas are already floating around for the next community project, but nothing is definitive yet.

“It’s really good to see that this project was a community initiative,” Swasson said.  “People stepped up. They believed in the project, and they supported it 100%, and look where it got us.”

Looking forward with the Chief

Chaleur Terminals lawsuit on track for mid-March
Scroll to top