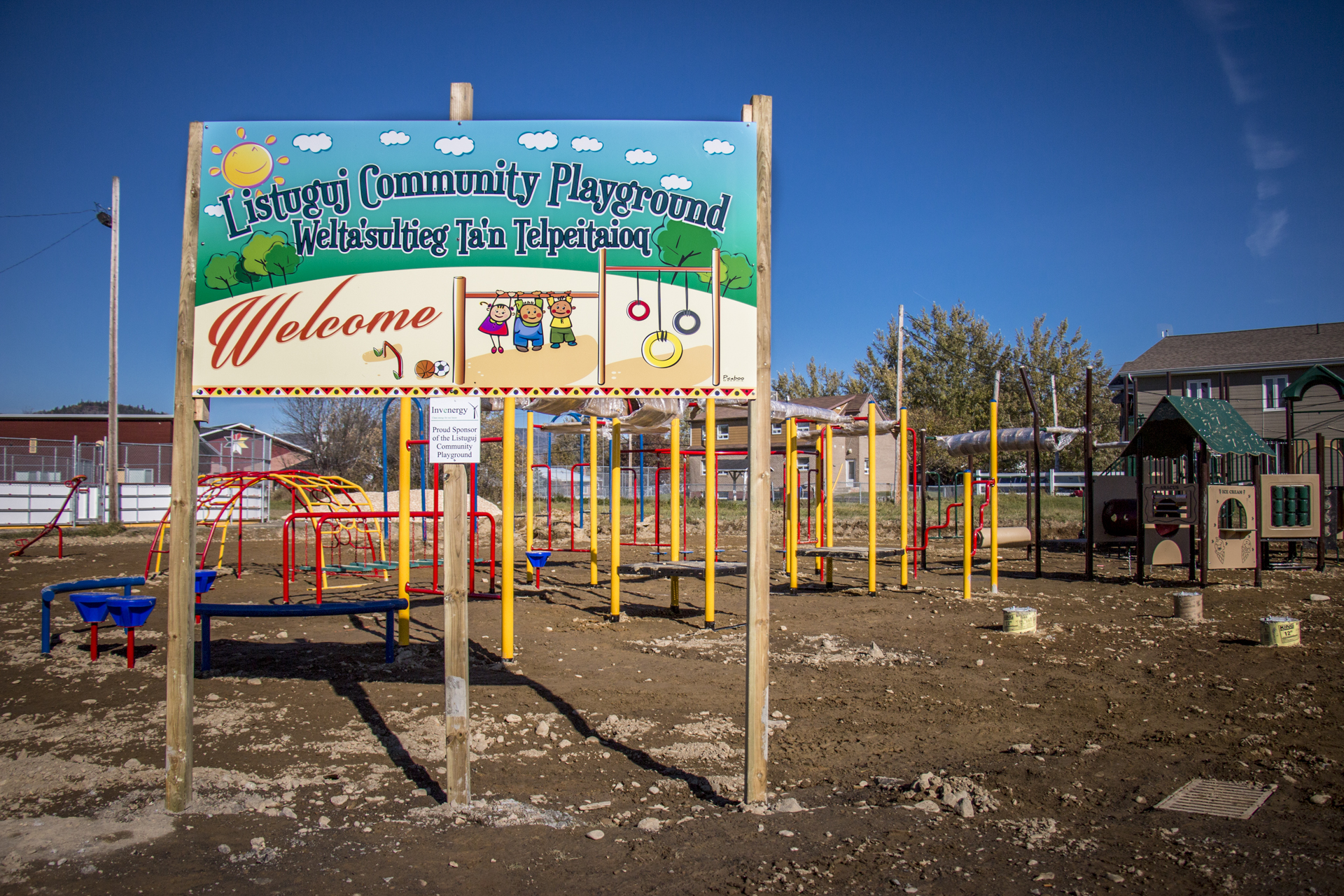 Even with the rain, many came out to celebrate the opening of the new community park. Over $80,000 was raised in total.

“I think a few people did double takes when we went from 5,000 to 65,000 in a matter of days,” said Sheila Swasson, one of the organizers of the project. “This project is very near and dear to my heart. Right now, it’s swelling with thanks and gratitude for all the contributions that made this dream a reality.”

A project that developed from the interest a single swing set generated, is now a full, modern playground for the kids to enjoy for years to come.

A big part of the fundraising was a donation from Invenergy – a company involved with the Mesgi’g Ugju’s’n Wind Farm. It donated $52,588.38.

Frits de Kiewit, the Director of Development for Quebec and the Maritimes, said the company will contribute to community projects and opportunities for “many years.”

“The project for a new playground just gave us an opportunity to jump-start and underscore our intentions,” he said.

The community also donated a lot, in many different forms.

Victoria Labillois, the MC of the ribbon cutting, told a story of when Swasson was up on a ladder, coloring in the thermometer.

A man walk up and asked what she was doing. After explaining the plans for a park, he dug in his pocket a found a toonie. He gave it to her.

“You know what,” said Labillois, “that’s a big part, and that says a lot. Because that’s who we are Listuguj. We come together, and we give what we have.”