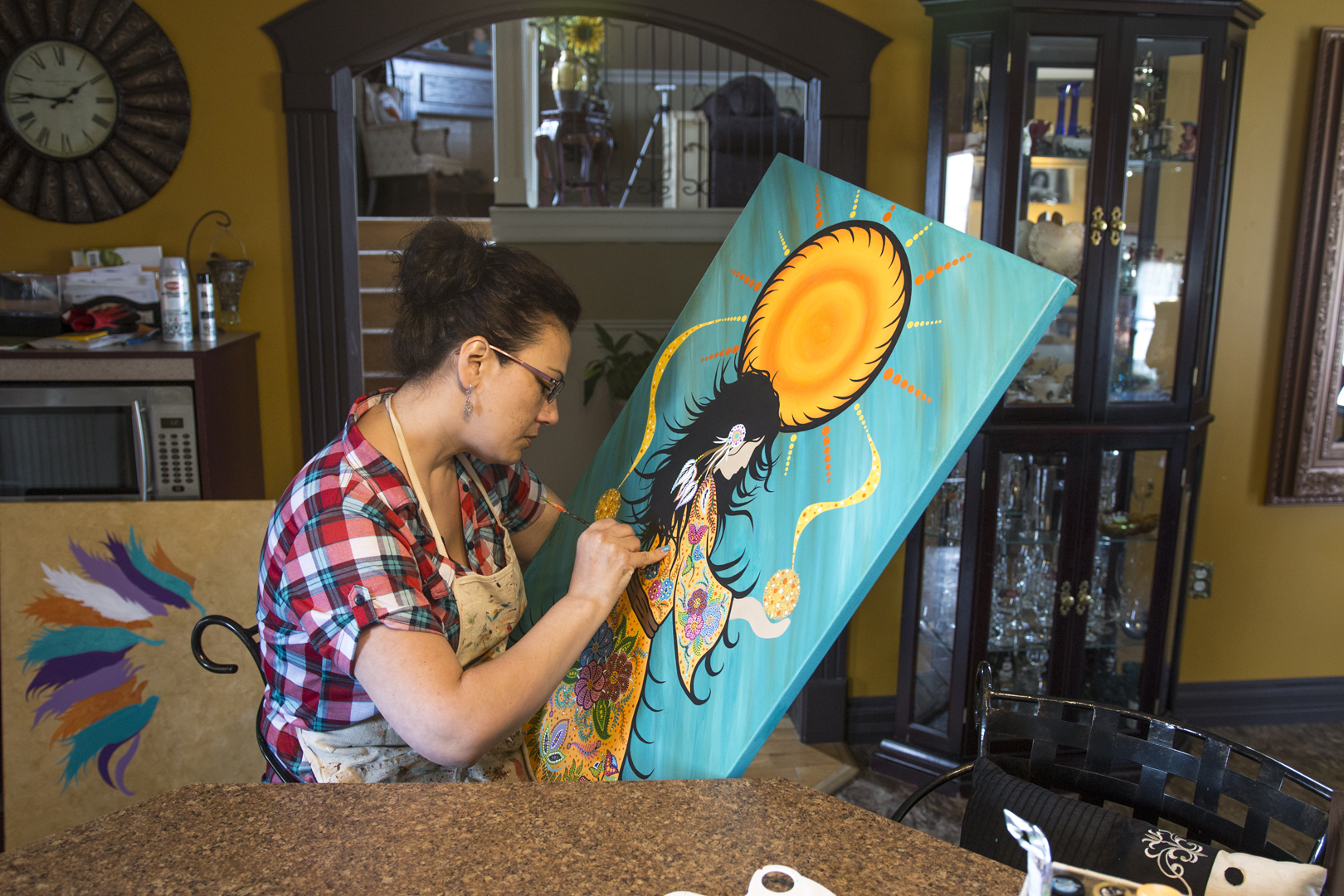 Three degrees later, after years of running two separate households in Listuguj and Fredericton, she had a career in social work. This training would prove to be helpful.

Several deaths in the family were tough on Tracey.

“I just kind of shoved everything aside and didn’t deal with it,” she said. “That’s kind of when my depression started.”

Eventually a relatively small set back ended up being the “straw that broke the camel’s back.” She took time off work.

“I decided I need to practice what I preach,” she said. “I taught a lot of classes in healing and self discovery [and] I can’t teach these classes if I’m going through this myself.”

Not long before, Tracey had begun painting. A co-worker asked her to make something for his new house. Even though the thought of painting made her “a little jittery and nervous,” she did it, and other requests soon followed.

Not only were people enjoying her work, but it was good for her too. “It’s a healing journey for me — that’s what it is,” she said.“When I pick up that brush and put that paint on that canvas, I’m lost. I get lost in my paintings, and it’s such a therapy for me.”

And once she started, she had to keep going.

“I wanted to push myself a little further,” she said. “Then I started doing more native designs.”

While she feels she still has a lot to learn and continues to explore new techniques, she tries to not be too hard on herself. She reminds herself that it’s good to have your own style.

“I often don’t ask for an opinion on my work, because it’s something that came from my heart, and my past experiences, and all the pain I’ve suffered throughout the years. I try to put that in my paintings, to become more resilient,” she said. “I want to show people that — you know what, despite where you are in your life, whether it’s good, it’s bad, you have a story to tell.”