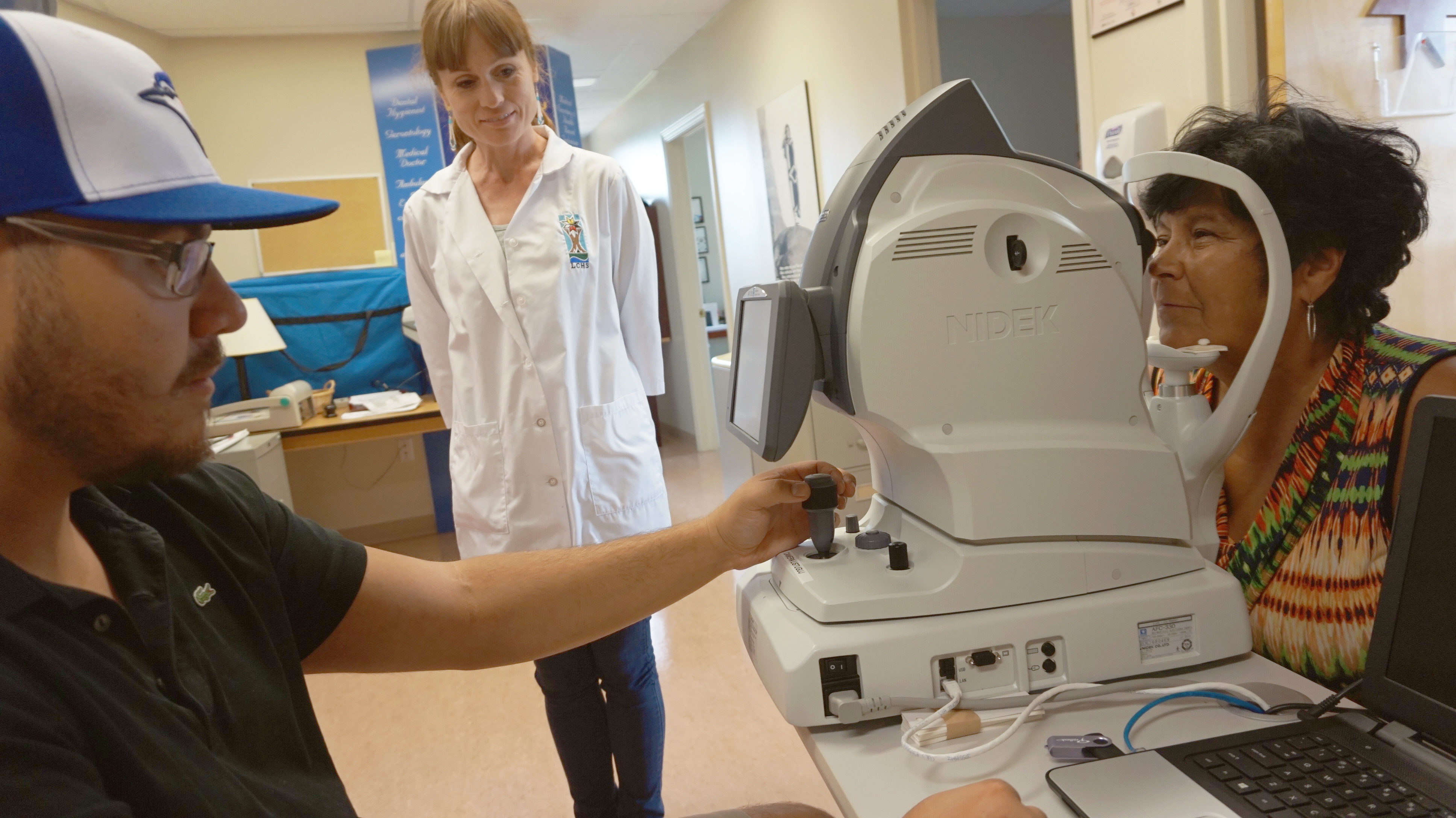 A diabetic retinotherapy screening test has been available within Listuguj since June 2014, but many people don’t know about it.

With the help of a large, specialized camera, people can have an image of the inside of their eye taken and sent to doctors in Montreal, who will determine if further tests are required.

The intent is to encourage monitoring as painlessly as possible. Diabetes can be managed, if it is monitored properly. With this camera, people can catch problems early, without leaving the community, while only having to deal with people they know.

“This is kind of like step 1 in screening process,” said Leila Swasson, a registered nurse who works for the  Listuguj Community Health Services, and a Hospital Liaison for the Campbellton Regional Hospital.

Basically — diabetes affects insulin, preventing the body from converting sugar, which then damages blood vessels. Typically it affects smaller areas first, like eyes, or toes. Often these will lead to problems you can’t see, until it’s too late. “It’s all about early detection,” Swasson said.

A photo of your eye can alert an Optometrist if further action is needed. People may need to return months later for monitoring, or there may be no problems at all. So far, the most that’s had to be done after a scan was a visit to a doctor.

Appointments aren’t even required. People can make arrangements the day of, if needed. The first few to make use of the camera were actually called directly.

The equipment is shared with Gesgapegiag, and Optometrists do need to be on call whenever a clinic is held. Swasson expects to start scheduling them again soon.  “I think once the summer and vacations are over, we’ll start again in September.”