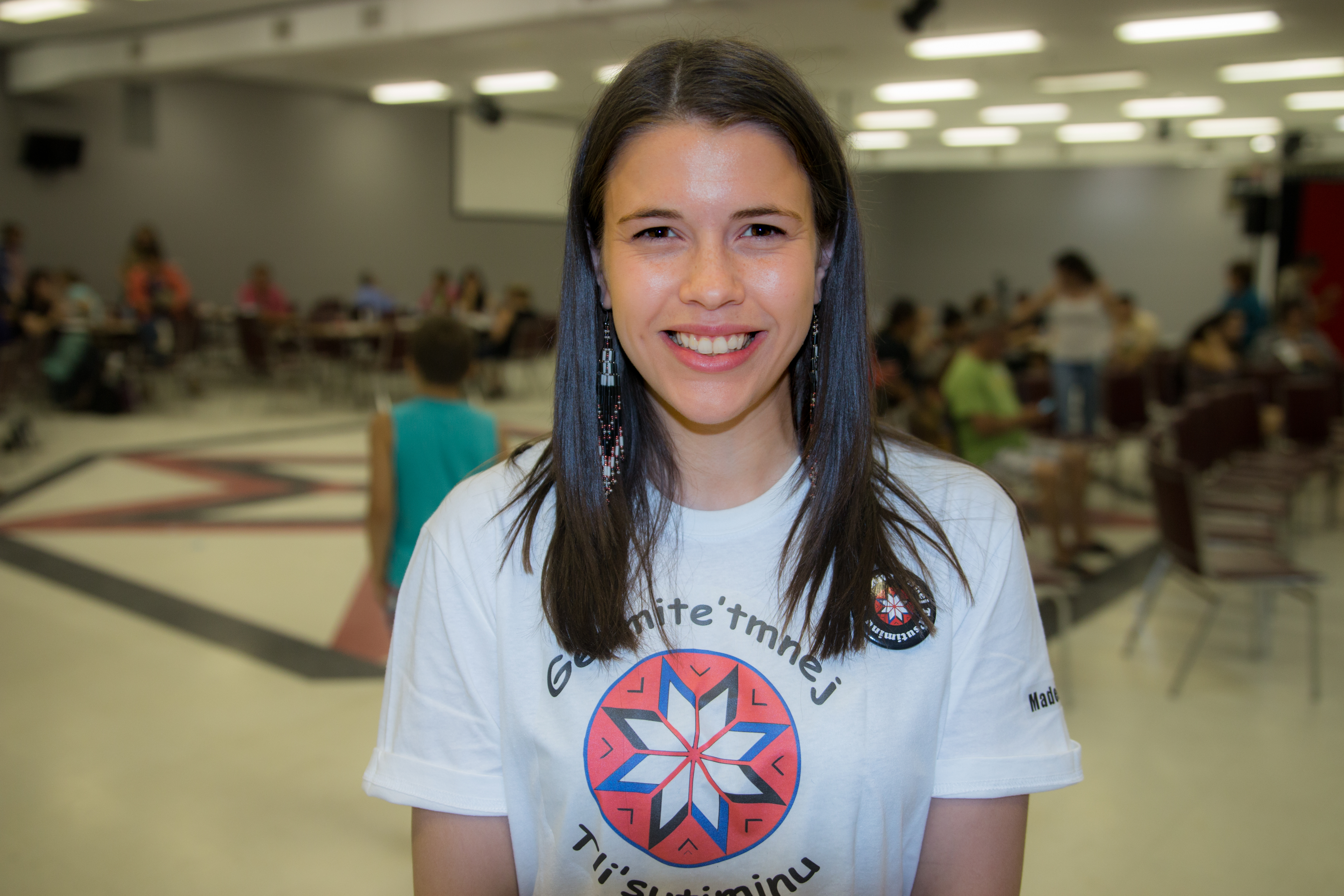 The 3rd Mi’gmaq language workshop was held at the Bingo Hall on July 30.

The goal is to encourage people to learn Mi’gmaq, by sparking their interest.

“I personally think that we have plenty of resources needed to learn the language,” said Madeliane Metallic, one of the organizers. “It’s just to get people up and motivated and wanting to learn.”

Stations were set up for one portion of the workshop. One station was designed to get people actually speaking the language in a “fun activities type of way.”

“People who never spoke it before are speaking,” said Metallic. “Mi’gmaq language is actually very complicated. Eight times tougher than the English language.”

The workshops began through a collaboration with the Listuguj Education Directorate and McGill University. The workshop is funded by a grant from the University.

“McGill just had interest in Listuguj’s community,” said Metallic. “They’ve been collaborating with Listuguj for a couple years now.”

The workshop, programs, and the website are currently being transferred over  to Listuguj community members.

“Eventually it will be solely in Listuguj’s hands,” Metallic said. “They can edit it, add to it, whatever.”

Carol-Rose Little first came to Listuguj while at McGill University. She is now working on her PhD in Linguistics at Cornell University.

“It’s so gratifying,” she said. “The potential, the success of this project is so huge. Revitalizing and preserving a language. Not only is it extremely important, but it’s also a huge project … I think people in the community really want to preserve the language.”