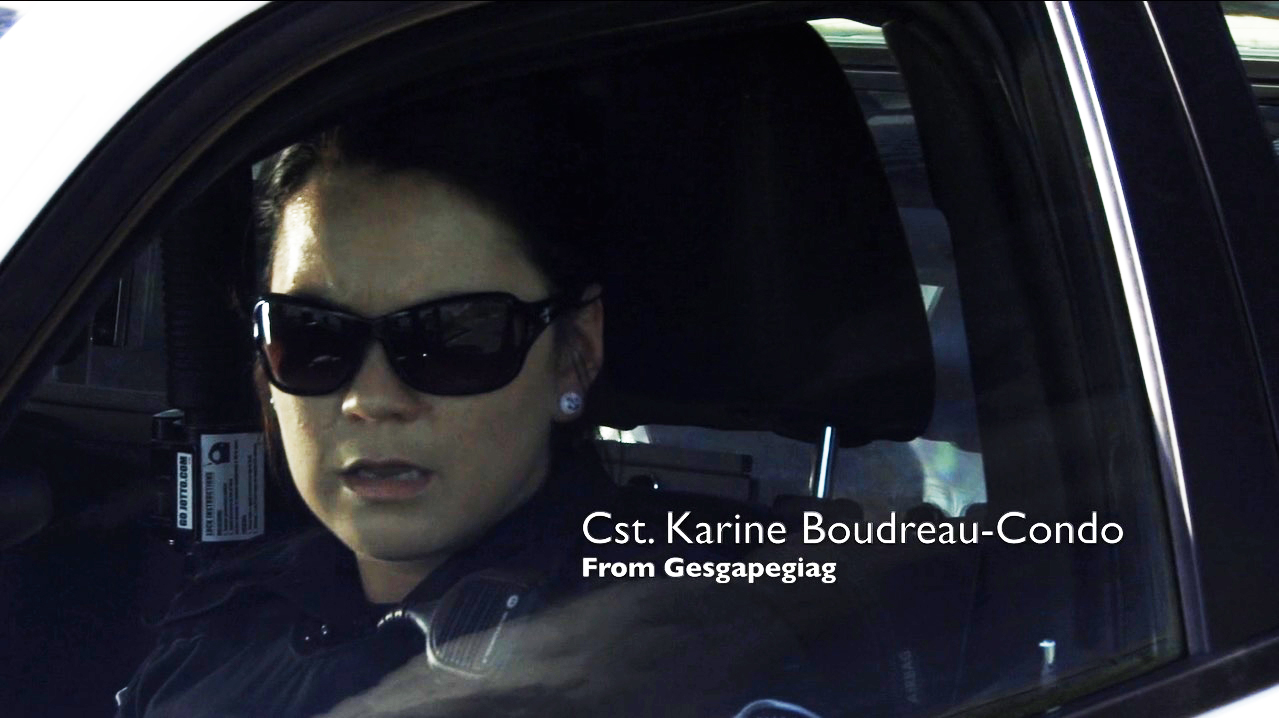 Mallory Metallic’s film is driven by curiosity – what is it like to work at the Listuguj Police Department, and not be from here?

The film offers a small glimpse into the lives of the officers. The cameras tag along, and learn about  the unique aspects of being new to the community. The good parts, and the bad.

The film isn’t pointing fingers, or taking sides, though. It is just helping the viewer relate to another perspective.

Relating and accepting others is an important subject to Metallic.

“I hate the whole native vs. non-native thing,” Metallic said.

The implications of these attitudes worries her. Especially when they’re passed on to kids.

“Once they’re done school, how are they going to feel when they go out somewhere else?”

This theme was also a focus in her first film, which won her an award.