Blog - Latest News
You are here: Home1 / Feature2 / Looking forward with the Chief 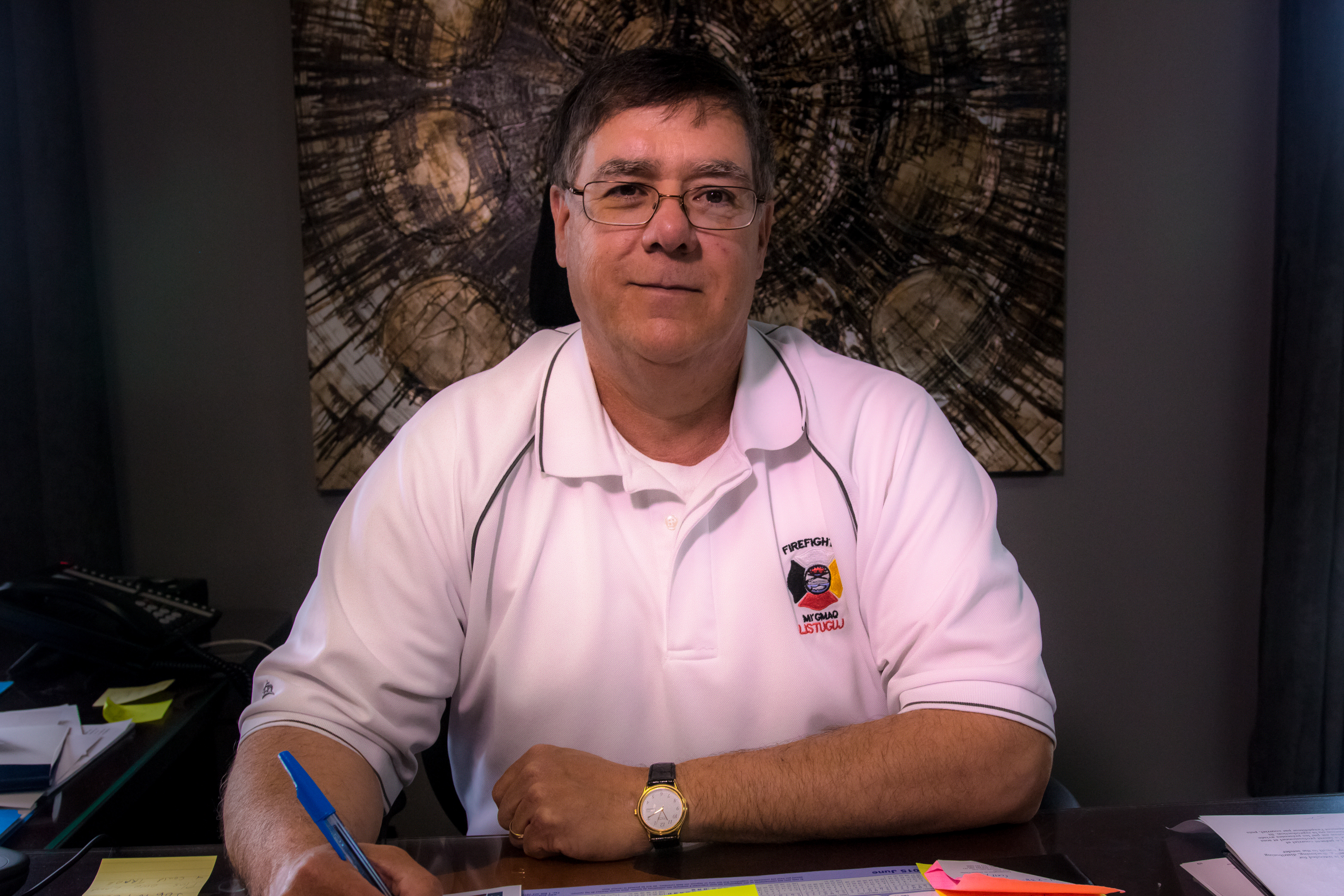 After the first few weeks of 2016, Chief Scott Martin sits at his desk, surrounded by stacks of papers. At the very top is a sheet signed on Jan. 18.  It finalizes the creation of the trust fund – the final step in the settlement agreement.

The official creation of this fund is the last piece of the puzzle, and Chief Martin feels good about it –  nothing was overlooked.

The fund will hold the per capita distribution (PCD) funds for the 793 minors who are eligible to withdraw their portion once they turn 18. It will also hold the funds for the 431 band members that have not applied yet. They have five years to do so.

With this completed, focus can now shift to other projects and priorities

“We intend to create more employment for the community,” Chief Martin said.

A lot of interesting options are being considered, including partnerships with investors on a medicinal marijuana facility. Chief Martin was approached at the start of the year about creating a proposal. Discussions will continue. It will require a lot of work, but it has the potential to generate revenue, and jobs.

Another potential project is the gas station. As the planning work is being done, the vision is becoming clearer. The goal would be for it to be more than just fuel pumps. An attached strip mall is being considered. A seafood restaurant is also under consideration.

“There’s about 2 million tourists that go through the highway every year,” Chief Martin said.

Chief Martin also confirmed that the election term will definitely not be changed this election. Changing to four-year terms can be done with an order from Chief and Council, after two public consultations. But he doesn’t want to rush it.

“I’d rather give them more time,” he said.

However, the last 18 months saw a lot of progress.

“Coming into a 20 million dollar deficit, [with] old files that were never resolved – we resolved a lot of them.”

The result was stability in the eyes of the Federal Government. The LMG was released from the Management Action Plan (MAP), which has re-opened doors.

Now, with access to Ministerial Loan Guarantees again, the LMG intends to work toward returning to the building capacity of as much as 20 homes a year.

Working with the new provincial and federal governments is looking good in a variety of ways. Both have expressed interest in exploring how they can help.

This year will also see results and progress from ongoing projects, including the fishing quota allocation to PEI, and completing agreements involving the wind farm.