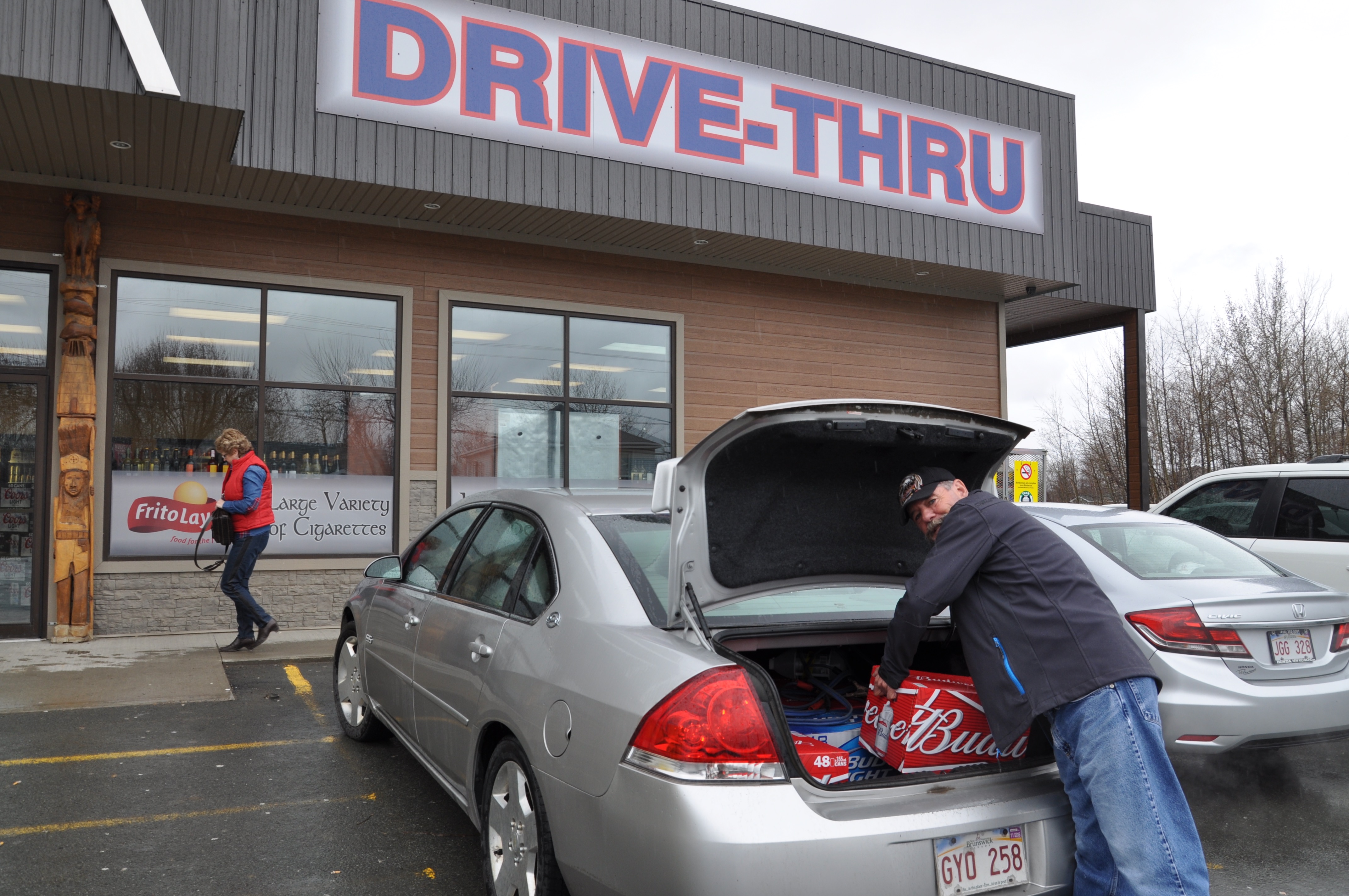 A recent ruling on cross-border trade allows New Brunswickers to buy beer in Listuguj or Cross-Point without fear of being charged.

The ruling lifts the restrictions imposed by the N.B government that charged Gérard Comeau for importing more than five cases of beer into the province. The government of N.B. has until the end of the month to appeal the decision.

During the days following the ruling, there were reports that the sales of alcohol in Listuguj and Cross-Point stores increased, as the prices of beer and other alcoholic beverages are cheaper in Quebec than N.B. Christine Bujold, cashier at the Restigouche Drive-Thru – a Listuguj store located on the Interprovincial Boulevard – noted that there wasn’t an increase in the number of clients.

“It’s almost the same,” she said. “But now instead of buying two or three cases of beer, they fill their car trunk.”

Canada is  a country that signs international Free Trade agreements with countries around the world. Economic Development Minister, Navdeep Bains, called the decision a “positive development.”

This legal battle for the recognitions of the Constitutional right to cross-border trade is a reminder of First Nations legal battles to implement the Jay Treaty signed in November 1744 which reaffirmed “that First Nations could cross the border without harassment and not pay tax or duty on goods.”  The implementation of the Treaty was challenged many times.

The Diamonds and Pearls Mother’s Day Social
Scroll to top