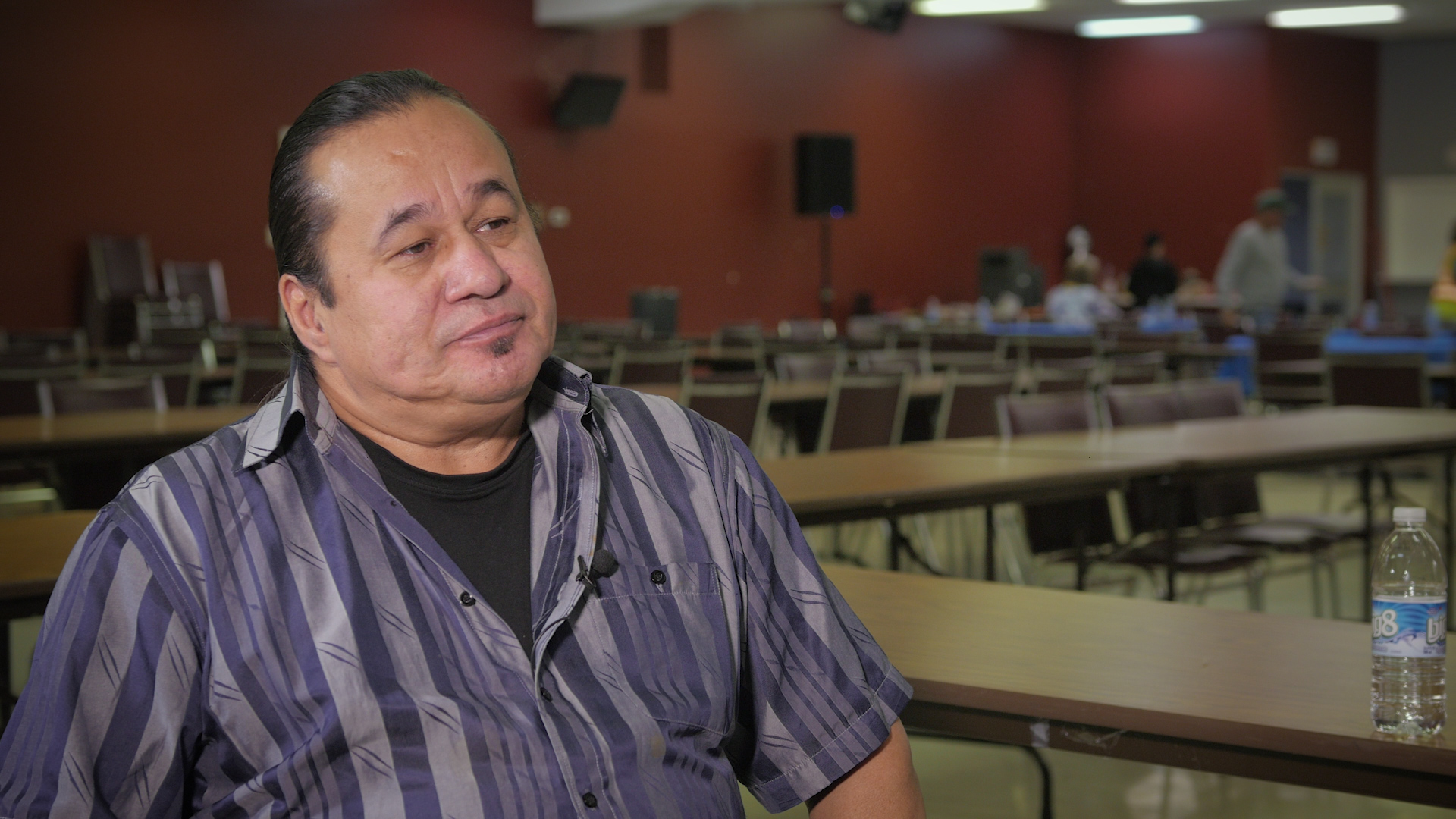 Don Burnstick uses humour and performance to provide a holistic approach to healing. He was invited to Listuguj for National Addictions Awareness Week, to talk about well-being, sobriety and anti-violence.

His opening statements were sobering. His history with violence, drugs and alcohol shaped who he is today.

“I remembered looking at myself in the mirror, you know, and I was living on the streets, I was dirty. I just had a fight that night before, I was beat up. I was really sick, physically, emotionally, spiritually – I was just sick,” he said.

When he started considering suicide, he changed. The exact opposite happened.

Shifting that energy is exactly what he has been doing for 20 years. He’s been using his talent to bring light to issues like missing and murdered indigenous women.

While in Listuguj, he shared his own struggles with substance abuse and family violence.

“My first year was just to get myself sober and maintain it. The second year it was about training, going back to school,” he said. “The third year I was told to go and train my voice because back then there was no young sober native males.”

Starting out Burnstick was often met with criticism. People would say, ‘You shouldn’t be talking about that stuff, not all of us are drunks.’ But he’s also found that talking about it in the open inspires others. He’s been told his words have saved lives. Even with his counselling background, he’s found comedy to be the best tool to help.

“Comedy comes from pain,” Burnstick said.  “I’ve learned how to take some of these trying thing that happened to our people (and to me) put it on stage, and if people are willing to laugh about, their willing to talk about it.”