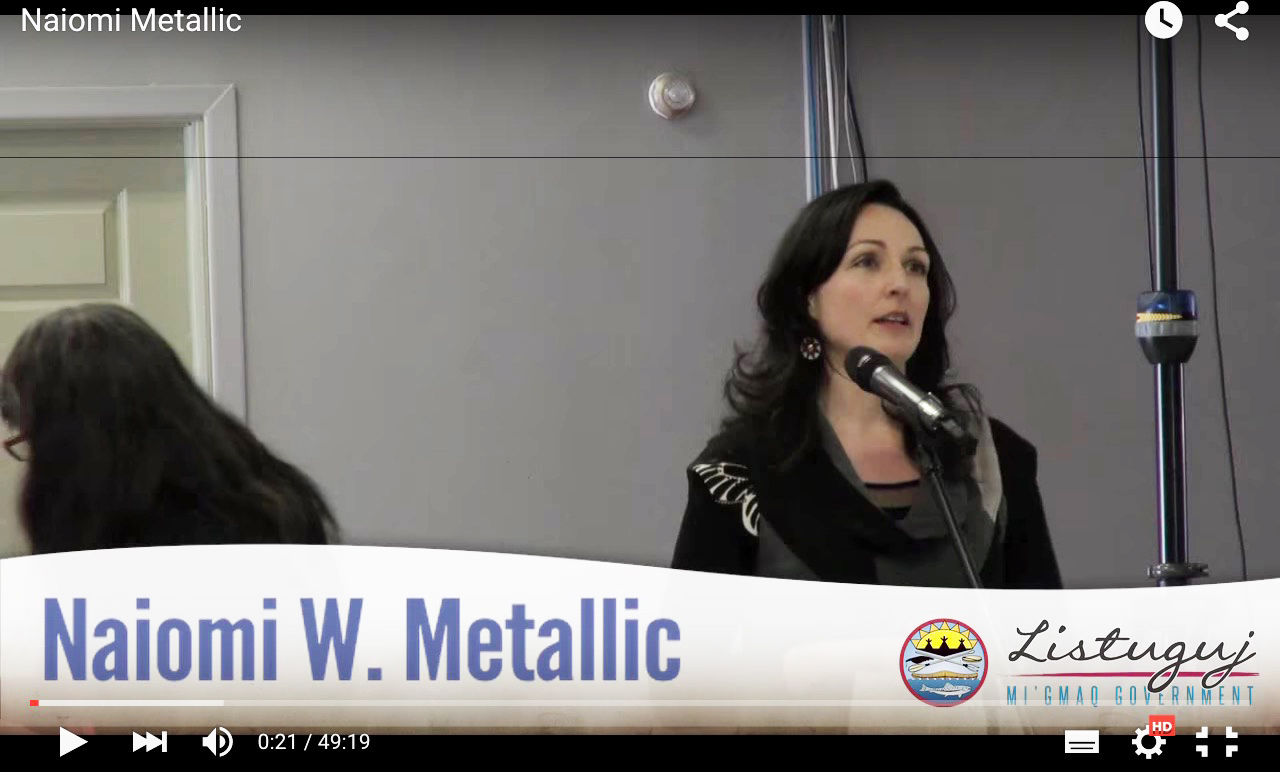 How is that possible? Interest.

The simple explanation is: large sums of money generate substantial amounts of interest. A portion of the interest money is put back in to the fund, and the other portion is used for projects.

“You can expect annual growth between three and five per cent, per year,” said Naiomi Metallic, a lawyer at Burchells LLP in Halifax, who is originally from Listuguj.

Metallic, and a small group of others have been volunteering their time to establish this community foundation. It is called the “ Listuguj Aboqonmadultinech Community Foundation.” “Aboqonmadultinech” means “let us help one another in Mi’gmaq. It is already at approximately $20,000.

It will be the very first community foundation owned and operated solely by a First Nations community.

The idea was sparked when the loss-of-use settlement agreement was announced. Travis Wysote and Marissa Martin considered how to put individual distribution to community purposes. Then they connected with Metallic.

“She gave us a lot of structure,” said Wysote. “She had a lot of resources.”

One resource was a fellow lawyer with experience in charitable law, First Nations, and community foundations.

“He was telling stories about how – like in Vancouver or Victoria – they started with maybe $10,000, 50 years ago,” Metallic said. “But now it’s a multi-million dollar trust, and they do all kinds of amazing stuff.”

Once fully established, discussions will begin on what sort of projects and fundraising the foundation will focus on. Wysote and Metallic spoke of scholarships, and Pow Wow donations – which Wysote and Martin already contributed to this year, in the name of the foundation.

“I think we all have different hopes and aspirations when it comes to the end goal of the community foundation,” said Wysote. “But I think it’s a very useful platform to try and achieve those different ends.”

Metallic said the next step is creating a terms of reference. They want every aspect of the foundation to be clear, transparent, and accessible.

“These are permanent things,” Metallic said. “Once we get our community foundation designation – we’re going to be around. It will be something that will be here after I pass, so it’s going to be able to do good work. We’ve got time. Time is on our side.”

Find the website here and the Facebook page here and see the video of Metallic’s presentation at the Listuguj Wealth Symposium below:

State of the Salmon 2015
Scroll to top