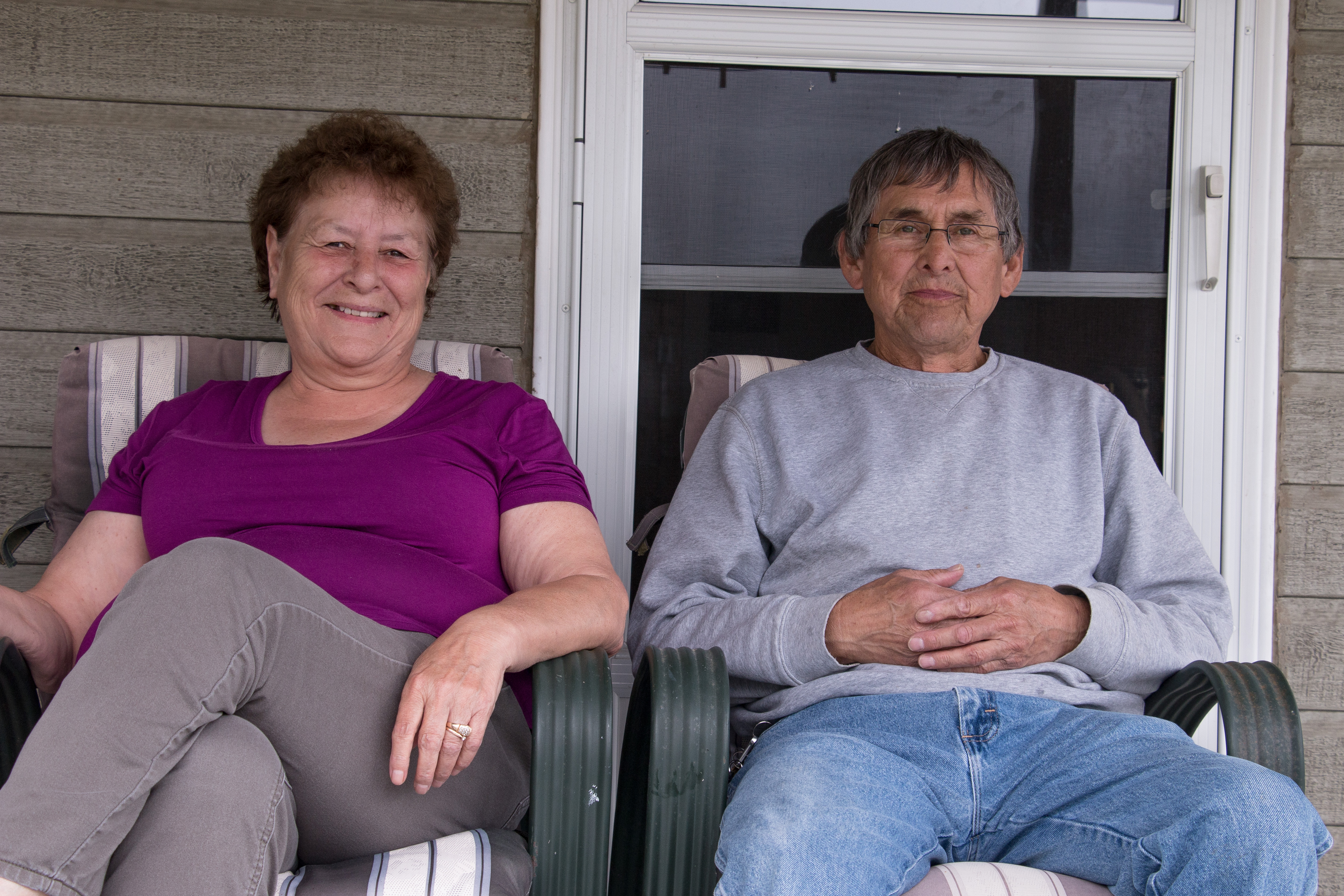 There are still some in Listuguj who were arrested when the Quebec Provincial Police raided the community in 1981.  Rene Martin was one. You can see the police pulling his hair in the opening of Alanis Obomsawin’s film, “Incident at Restigouche.”

Rene Martin and his partner Joyce Metallic — now of 43 years – were living the in the same house they live in today. Except now it’s bigger, and has electricity and running water.

They were in Campbelltown with their two children, doing laundry, when the bridge was blocked.

Determined to get home, they drove to Matapédia and made it back to Riverside Drive, where they encountered their first police officer.

“I had my second one in my arms,” said Metallic. “I remember him pointing a gun at us.”

Of course, they went back, and took another way into Listuguj.

Metallic asked Martin not to go, but he wanted to see what was going on. He had no idea what to expect – he even brought along their eight year-old son.

He tried to get to the bridge, but there was a blockade near the church. He took another route and finally made it, where there were “bus loads of cops.”

“People were just standing around doing nothing,” Martin said. “These cops were marching back and forth. Then, once and a while they’d point a finger … and they’d go after somebody.”

The police were protecting game wardens as they seized and destroyed fishing nets.

The entire incident  was over how 72 hours of fishing was to be distributed each week. The Quebec government insisted on three 24-hour periods. First Nation’s leadership wanted to keep six 12-hour periods at night. So police officers and helicopters were sent to destroy fishing equipment.

In the end, 12 people were arrested, including two minors.

Martin was one of the unlucky ones.

He brought his son to his sister in-law’s, then headed back to the bridge, where joined the group.

Then, a cop pointed at him.

“We took off running.”

Martin kept running, and jumped down the bank. The police kept following.

He jumped in the river, and swam.

As he moved further away from shore, a helicopter circled overhead. Police officers followed from dry land. He eventually went back. Where they arrested him.

You can see photos of Martin soaking wet, with an officer leading him by the back of the head, with a handful of his hair.

He was put on a bus and brought to New Carlisle, where everyone was held in a big cage.

“They did it like how they treated the blacks in the states – just free for all, beat them up,” Martin said. “But over here, touch one, you might as well touch the whole reserve.”

Martin and the others were let out the very next day, and all the charges were eventually dropped, even though it did take a small legal battle.

But the arrest didn’t deter Martin, or the others. He was out again two weeks later, when a blockade was set up on the Campbellton side of the bridge, for the same reason.

But It didn’t even slow Martin down the days immediately following the raid.