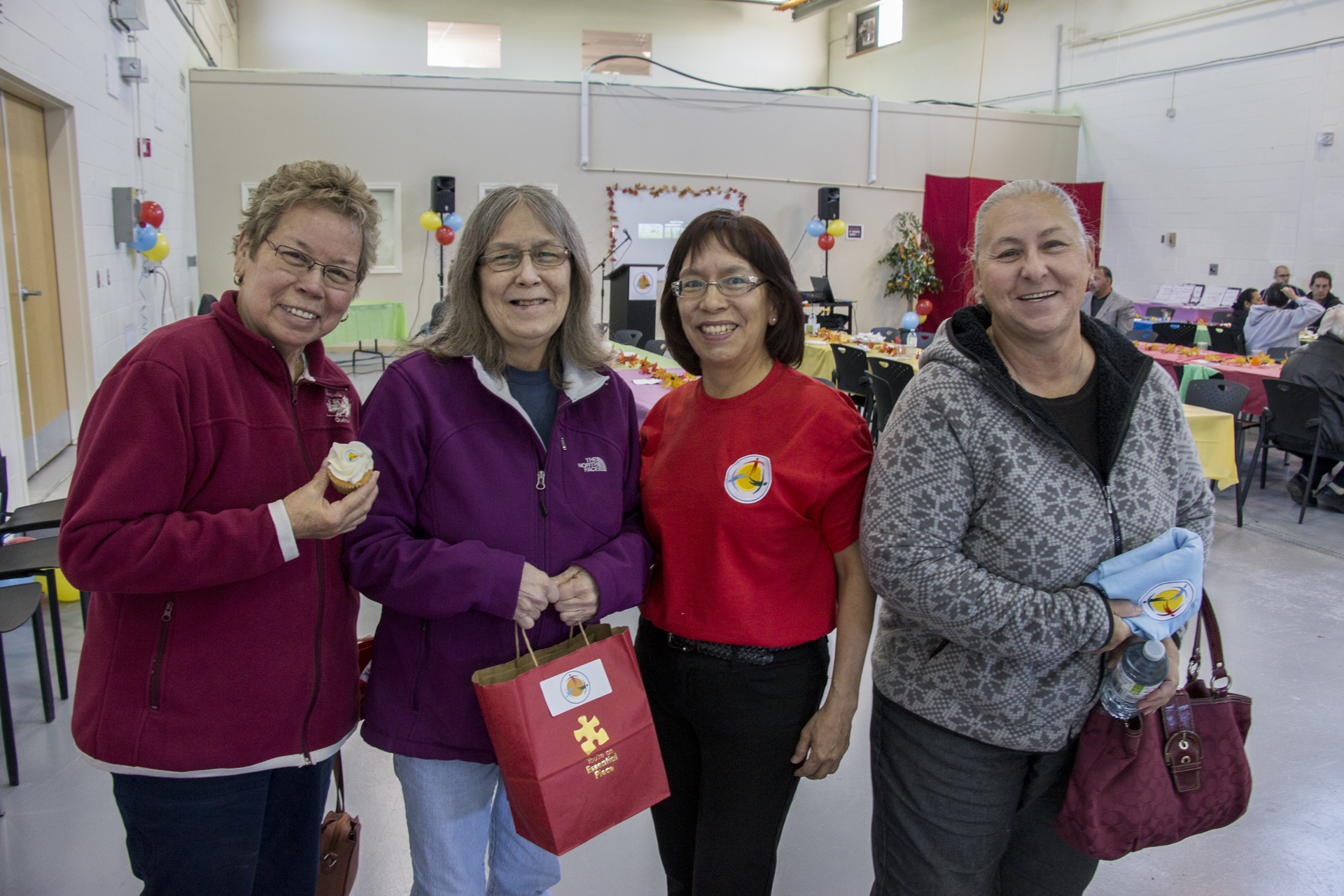 The Anti-Racism Strategy held its logo launch on October 28.

“We’ve been working on this for a couple of months,” said Debbie Dedam-Montour, the coordinator of the Anti-Racism Strategy.

With food, presentations, and even a film, people were able to hear about the organization’s plans. People could also take part in a photo project.

Dedam-Montour mention the points made my Derek Barnaby in his presentation.  Dedam-Montour characterized his story as developing prejudices based on the 1981 raids. But after an interest in sports put him together with people he superficially associated with the raid, he was able to forge a friendship and “demystify some of their stereotypes” as well.

“That experience that he portrayed is actually what we’re trying to do in the strategy – strengthening those relationships. Break down those stereotypes. Letting people know that we are people, and those negative stereotypes out there stop people from meeting us,” she said. “When you open that door and you build a relationship, it has nothing to do with skin colour.”

The strategy is just starting talking circles, equipped with people from Families First.

“It’s just a place where we can come get together. We will have a support system, because when people are talking about racism, they can become very emotional.”

A symposium is planned for March 21st – the international day to eliminate racial discrimination.