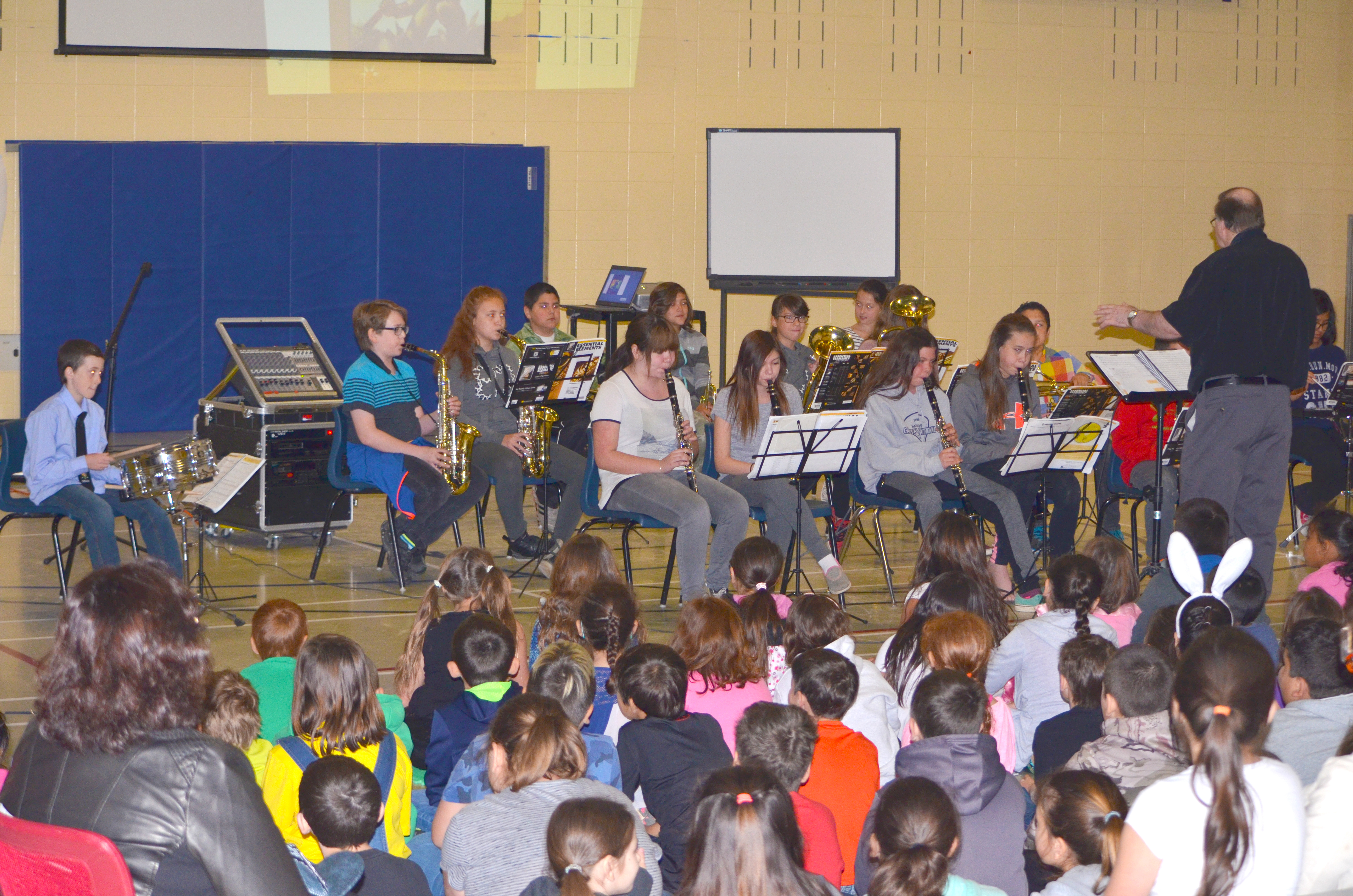 With the world literally at our fingertips, we sometimes forget to pick up a book and enjoy what they offer. The Alaqsite’w Gitpu School is hoping to change this with their recent Literacy Day.

Members of the band were from different grade levels, with two members graduating this year. After it concluded, Ferguson noted the importance of reading and its uses. His example was with the school band members and being able to read sheet music.

Grade 8 French Immersion students Tristen Condo-Furlotte and Embrie Isaac read a tale of how Sugarloaf Mountain was formed when a Beaver became the Mountain. “It’s good for kids to learn about stories that interests them more,” Tristen said.

Frederick Mundle an author from Campbellton was the special guest for Literacy Day. Mundle was awarded the WFNB Alfred G. Bailey Prize for Poetry in 2014. Mundle was invited to share his children’s story “Sugarloaf Mountain: Legend of the Sweet-tooth Rascals.”

“A long time ago in the 70’s I had started writing children’s stories and having them published in the Tribune,” Mundle said. There was a publisher that was always interested in promoting local talent. I’m impressed beyond belief that such a student population, and somebody told me that in my interviewing people, there are 250 children here. That’s fantastic, I love it.”