Blog - Latest News
You are here: Home1 / Arts2 / A reluctant author in Cuba

While attending school at St. Francis Xavier University, Mike Isaac Sr. was up against the wall. He had to write a children’s story with a moral or lesson for a class. He hadn’t written much, and wasn’t sure how to approach it.

“Then, I reflected upon my experience,” he said. “Then I came up – very quickly – with this story.”

The resulting project would become a children’s book – How the Cougar Came to be Called the Ghost Cat. It is now used in the Grade 3 curriculum in Nova Scotia. 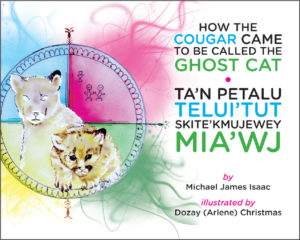 Isaac went on to write another book, The Lost Teachings. His work as an author is what brought him to Cuba.

One day, Isaac got a call from his publisher to go promote Canadian literature in Cuba.

“I certainly wasn’t going to question why or how,” he said.

He was one of 30 Canadian authors, along with Margaret Atwood and Margaret Pokiak-Fenton – author of Fatty Legs.

“I think [Cuba] was an ideal place for the book fair to be held,” Isaac said.

Aside from being an extremely literate country, Cuba’s indigenous peoples have had similar experiences to First Nations people in Canada.

“Plus, my books speaks to identity and I think that was one of their themes down in Cuba,” he said.

When Isaac handed in the first copy of How the Cougar Came to be Called the Ghost Cat, his professor told him that it was a simple, yet powerful story, which warranted publishing.

Years later, Isaac would run into the same professor again. Isaac hadn’t done anything with the book, so the professor threatened to publish the copy he handed in, unless he did something himself.

Now, Quebec, New Brunswick, and Nova Scotia want to include the book in the curriculum of various grades, and subjects. The book carries a message that applies to a lot of people.

“[It’s about] trying to live in two worlds,” Isaac said. “Trying to better understand their world, from whatever indigenous nation they’re from, and at the same time, trying to fit into the eurocentric world.” 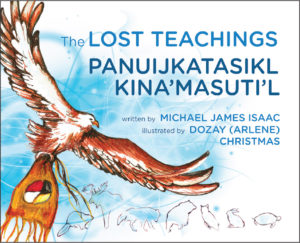 He followed the book up with The Lost Teachings.

That book is now carried in a Grade 5 curriculum.

Isaac said he doesn’t want his books to just be a “flash in the pan.” He’s got some ideas, and hopes to work on them after he retires.

Mawiomi Cafe: a chance to listen
Scroll to top