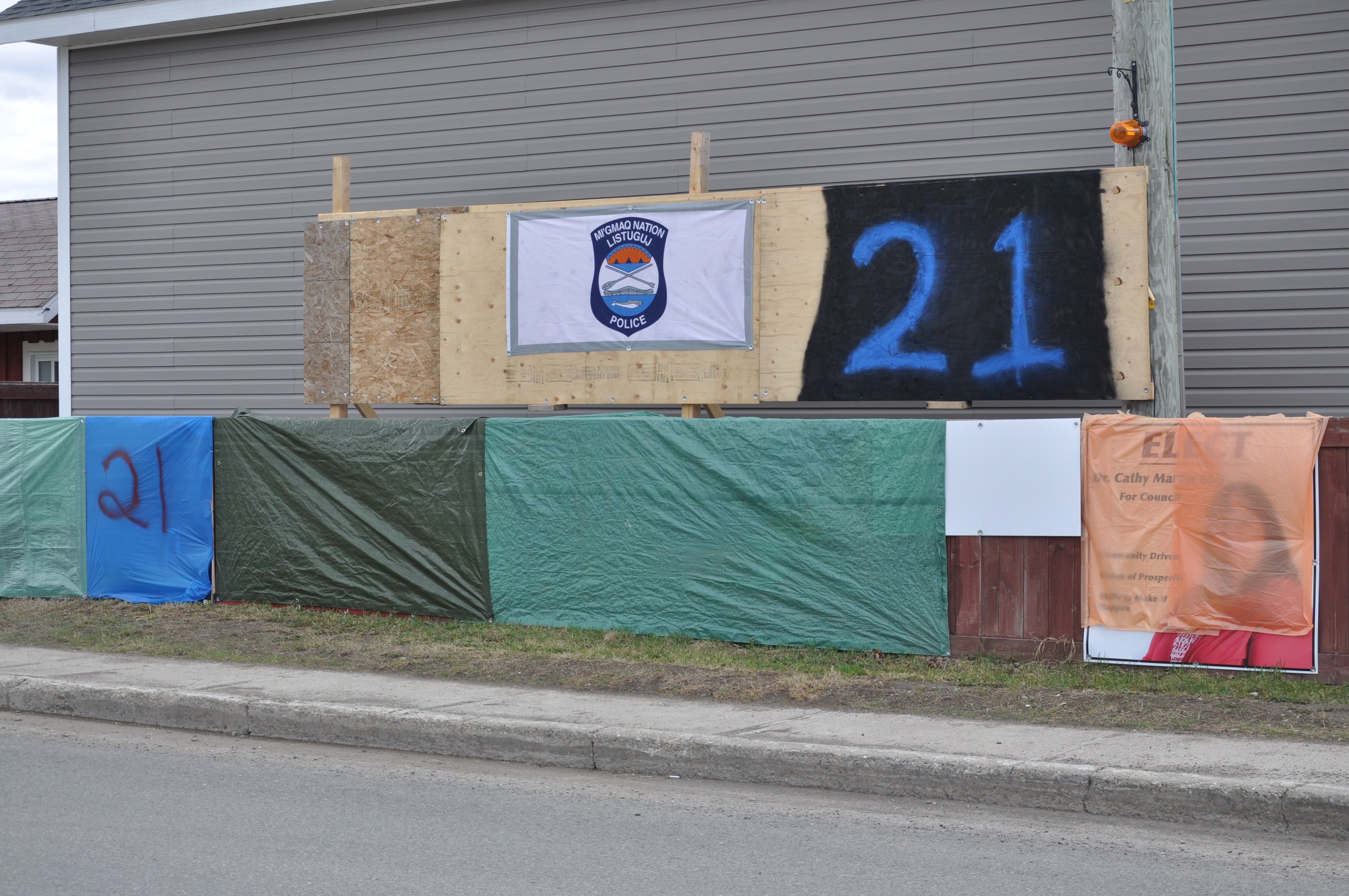 Darcy Gray has been elected Chief of Listuguj Mi’gmaq First Nation following the results of the June 4th election. Six new Councillors have been elected. 56 people ran for the one of the 12 seats.

Voting was held at the Alaqsite’w Gitpu School on June 4th at 9 a.m. The unofficial results were first posted by the LMG near 11 p.m that evening.

Cathy A. Martin, and John Murvin received among the highest votes, with over 500 each. Listuguj has a voting population of approximately 3,200 people.

Signs began popping up around the community shortly after the nominations in April. However, the signs were temporarily covered – some with the number “21” – in honor of the late Chief of Police Henry Vicaire, who passed away unexpectedly on May13th.

“During the difficult times our community did as it always has and was there to support one another,” said Chief Gray. “The demonstration of respect brings with it a sense of connectedness that makes us who we are as Listugujewaq.”

Several community members noted a new mood throughout the entire election in general.

Aside from a lack of campaigning tactics like hosting election parties, some candidates felt an overall positive approach was taken this year.

“There’s no more mudslinging going on,” said Lloyd Alcon, at AGS Sunday night, after being elected to Council for his first time. “It’s actually been nice. A lot of positive statements going around, and people promoting each other.”

“What stood out was the level of respect shown by the community members and candidates throughout the campaign,“ said Gray, the day after being elected. “There’s a sense of people wanting to work together for the betterment of the community.”