As the “Summer Powwow” nears, Lita Isaac often wakes up at 5 a.m.

Isaac has been helping organize the Listuguj Powwows for 26 years now, since the beginning.

“Sometimes it’s overwhelming, it’s frightening,” she said. “It’s a great feeling when the Powwow happens, but at the same time – we’re stressed out, because there are so many things we have to keep an eye out for.”

The “Winter Powwow” happened in March.

Isaac would like to see a Powwow for every change of the seasons, but as of now, there are three in the year. Each has a slightly different focus.

In the winter, the kids are encouraged to participate more, and even be the head dancers. It’s not as hot and demanding as the full Powwow weekend in August.

“It gives them the spotlight,” Isaac said.

And like every Powwow, the “Winter Powwow” is an opportunity for local artists and craftspeople as well.

“This is their chance, their spot light, to expose their art, their talent, and make some money,” she said. “That’s why we have First Nation vendors – because this is their time.”

With the Winter Powwow finished, it’s now onto the next. Fundraising goes on all year, especially now.

“I never did so much fundraising in my life,” Isaac said, speaking about last year’s Summer Powwow. “Last summer we spent $92,000 – the most we ever spent.”

The Summer Powwow continues to grow, unfortunately, funding has become increase difficult to secure. Processes are also complicated, requiring research and several revisions for every application. The Heritage Canada grant required a lot of back and forth last year.

“That was four or five times this year,” said Isaac. “And the amount we’re getting is a lot lower than last year after all that.”

Filling out and submitting these applications requires a lot of time, all from volunteers.

“I call myself the artifact. I’ve been here for 25, 26 years. And I didn’t have this much responsibility at the beginning. I don’t know when it all just landed on my shoulders, but it did.”

She sometimes wonders if the Powwows would happen without her, and her “mental schedule,” that keeps her busy all year around. 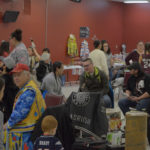 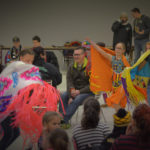 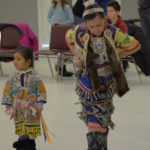 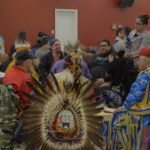 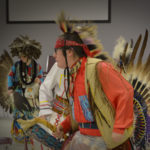 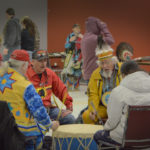 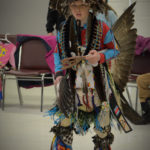 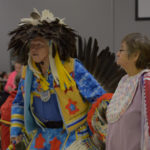