In Listuguj, Aboriginal Day was also celebrated by the Veterans with a Flag Raising event with participation of Chief and Council.

This was the 20th year that First Nations in Canada celebrates the National Aboriginal Day. Communities across the country organize PowWow, spiritual gatherings, political and other cultural events June 21 was chosen for Aboriginal Day because the Summer Solstice has an important cultural significance for Indigenous Peoples. Because of its astronomical significance, many cultures around the world celebrate on, or around Summer Solstice.

The Sun’s movement would tell Indigenous peoples in different parts of the world, when to plant the crops that sustained them, to keep track of the seasons, to keep a calendar or move to different grounds for seasonal food and resource gathering. Ceremonial sites are built with some type of solar alignment integrated into the structures. The Sun is included into Indigenous prayers as well in many spiritual practices.

The Aymara people of Bolivia celebrate their New Year (5524) gathering on sacred sites at the sunrise to greet Father the Sun. At Stonehenge (a stone structure built over 5,000 years ago in today’s United Kingdom) people gather for a Summer Solstice Festival. 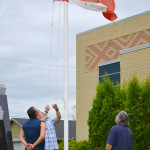 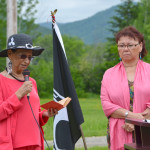 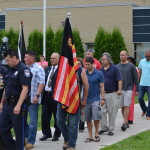